Elkann: Marchionne’s example remains strong and alive in all of us 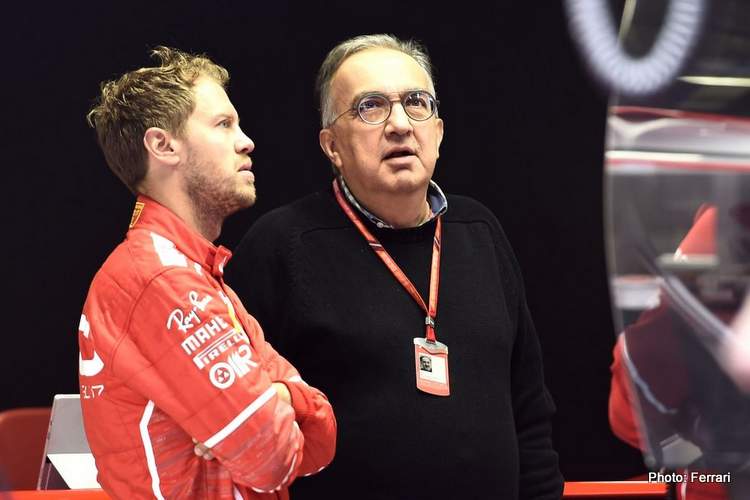 On the occasion of the first anniversary since Sergio Marchionne’s passing, Ferrari president John Elkann gave a touching remembrance in honour of the man he replaced at the helm of Maranello.

Elkann said: “A year after Sergio Marchionne’s passing, the example he left us is just as strong and alive in all of us. The human values of responsibility and openness, of which he was always the most ardent champion, continue to live in all our companies. The culture of excellence, both in results and in the way we reach them, is an integral part of each and every one of them.

“Sergio liked to describe FCA, CNH Industrial and Ferrari as companies filled with women and men of virtue. Individuals who feel a weight of responsibility for what they do, who react with decisiveness and courage, who don’t shrink from the opportunity to set an example. Individuals who understand that it is only by acting with integrity that we give the merit and dignity to the results we achieve.

“The fact that our companies are like this today, we also owe to him. We will be eternally grateful to him for showing us, by example, that the only thing that really matters is never settling for mediocrity and always striving to change things for the better, for the benefit of community and the future, never for oneself.

“Today some of us remember the enlightened leader, some the man, and some the friend. But, we all undoubtedly remember him with the deepest affection,” concluded Elkann.

Marchionne is said to be the architect of the new era at Ferrari which resulted in Kimi Raikkonen being shown the door last year as the team bucked tradition to sign up youngster Charles Leclerc.

Big Question: What would Sergio make of his Ferrari team right now?