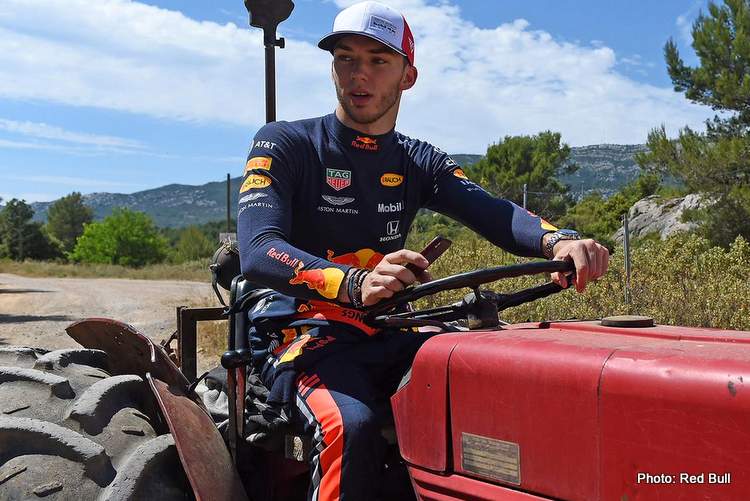 Eventful even by in-season standards, the past seven days have certainly kept the headlines coming in the F1 world.

Red Bull demotes Gasly, Promotes Albon: A story that has unsurprisingly, dominated headlines – and probably will continue to do so for some time to come – Red Bull made the rumour a reality on Monday when they banished Pierre Gasly back to Toro Rosso.

Whether it’s surprising, I don’t know, but it’s definitely been interesting to see the statements coming out of the Red Bull camp. From the original press release, which only mentioned that Gasly “will return” to TR, to Max Verstappen’s veiled shot in suggesting “the point is that we perform better with the other car and thereby gain more points for the team.”

And Helmut Marko adding “he doesn’t like to overtake”, it’s clear the Frenchman had no supporters on his side. Indeed, if there was still any hope for his career in the Red Bull “family”, you’d think at least the PR statement would’ve made some reference to his future.

No, it seems that unlike his new teammate Daniil Kvyat – whose own demotion was less to do with form and more to do with the fact that he wasn’t Max-freaking-Verstappen – Gasly has blown his one-and-only chance. Now the question is whether he can do enough to earn a seat on the grid elsewhere for next season. Time will tell, I suppose.

Jos Pops Off: How generous is Jos Verstappen? Along comes the summer break, and in lieu of any actual F1 racing, the former F1-driver and father of Max makes sure we have something else to lose our minds about.

Essentially suggesting his son is in Lewis Hamilton’s head, Jos managed to successfully rile up Lewis fans and Max fans, but does he have a point?

In short, no. If he’s basing this assumption on Lewis playing up the Honda engine over his own Mercedes, well… he needs to go back and look at some of Lewis’ old press conferences. This is a bloke who has branded Ferrari the “favourites” coming into every season for the past three years, and we all know how that has turned out.

No, this is just something Lewis likes to do to his rivals, and as we saw in Hungary, he’s certainly not done winning races yet.

Kimi His Own Boss: A bit of news that is somehow both surprising and not surprising at all, Kimi Raikkonen is apparently driving his Alfa Romeo with no outside input, according to Beat Zehnder.

Assuming we can take Zehnder’s quotes at face value, I think it’s fair to suggest Kimi doesn’t get enough credit for his intelligence behind the wheel, even if he isn’t as rapid a driver as he was in his prime. In fact, there’s a decent case to be made he has been the best “transfer” of the season, particularly in comparison to the struggles of Antonio Giovinazzi.

Carey Talking Out of Both Sides of His Mouth: Like many, I’m still not sure what to make of Chase Carey. Certainly he deserves credit for ensuring F1 remains in Mexico City, but his latest remarks about “destination cities like Las Vegas and Miami” as future targets has me scratching my head.

I just can’t understand why if that’s the sort of places he wants on the calendar, he went and signed-up Hanoi, extended Baku, and is supposedly courting Riyadh. I’m sure each has their charms, but it’s safe to say they’re not tourist hotspots, nor places with a significant motorsport following. Is it really about the city?

Or the money behind it? Either way, F1 fans – and particularly German ones, who are about to lose their home race – shouldn’t be taken for fools.