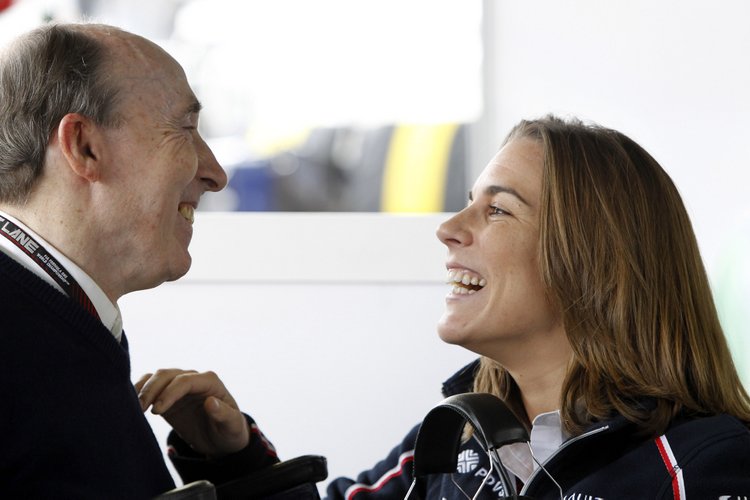 In his landmark 50th year as a Formula 1 team boss, celebrated at the recent British Grand Prix, Sir Frank Williams is no longer at the helm of the team he formed and led to greatness.

Claire Williams has admitted that her father, team founder Sir Frank, is no longer in charge at Grove, “Frank no longer leads the team.

“Of course, I keep him informed about everything that is happening and he understands our situation. He also went through difficult times with Williams.

“People think that my Dad would be furious about what is happening, but Frank is a realist who really understands the ups and downs of Formula 1,” Williams added.

Sir Frank’s Williams team made its debut at the 1977 Spanish Grand Prix and under his watch amassed nine F1 constructors’ titles, seven F1 drivers’ titles and scored 114 victories during this period.