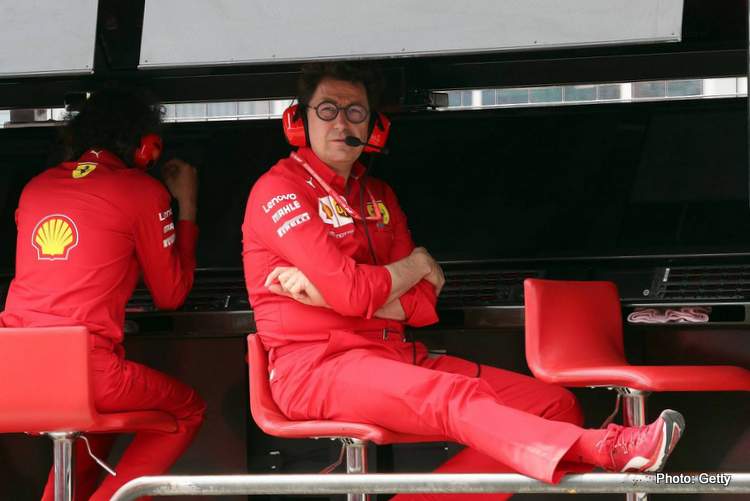 At the end of last year, presumably because of another failed world championship bid, former Ferrari chief Maurizio Arrivabene was ousted.

He was replaced by then technical boss Mattia Binotto, whose much more open and relaxed style has been hailed by the press.

But on track, Ferrari is continuing to falter, and is now at risk of being beaten not just by Mercedes but also by a resurgent Red Bull-Honda.

So when asked to assess whether Binotto is a better bet than Arrivabene, Vettel said: “I don’t think it’s fair to compare the two of them.

“Every year and every situation is different,” the German, who Binotto says will stay at Ferrari in 2020, added. “The situation is not easy. We didn’t have the first half of the season we were hoping for. Still, the whole team has remained focused and calm.”

As for Binotto, who was previously out of the limelight in the Maranello engineering office, Vettel explained “His role is different but the team is very similar to 12 months ago. But I think that’s positive.

“We have to improve. We have to become stronger as a team. Only the coming months will show if we have chosen the right direction. But Mattia is doing very well and keeping everyone united. At the same time, he reminds us about where we want to go.”

Vettel had a stronger few races leading into the August break, but F1 legend Alain Prost does not think the difficult times are over for his fellow quadruple world champion.

Prost told Canal Plus, “Vettel was on the podium in the previous two races, but that does not mean that this difficult period in his career is over. It seems to me that Sebastian is still uncomfortable, and that’s understandable because he expected more from the past few years.

“But I hope that he will deal with the difficulties and fight for victories again,” added the French legend.