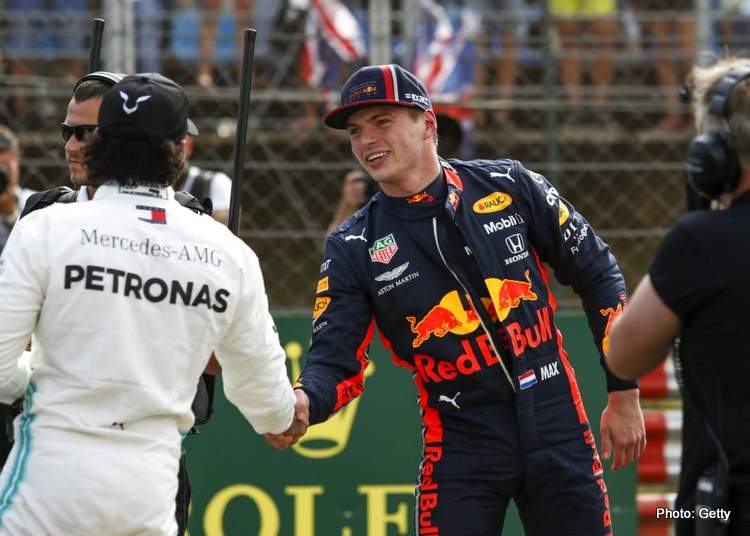 “When you see what kind of races Max has been driving, I don’t think you can be surprised,” Jos Verstappen, himself a former F1 driver, said of his son and the pressure being put on the dominance of Mercedes.

Verstappen senior believes the World Champions are clearly coming under pressure by Max, “You can tell by the things Hamilton has been saying.

“Why would he respond to rumours? He says that the Honda engine is better than Mercedes now, but I don’t think that’s the case on the straights.”

At the same time, Jos says his 21-year-old son is remaining cool despite the goading, even after securing his first-ever pole position in Hungary, “Max never spoke to me about that. It never bothered him. He is totally unconcerned with things like that.”

Verstappen’s only focus, it seems, is on victories and the world championship. Jos said Max will “absolutely” be at Red Bull-Honda in 2020.

F1 driver Stefan Johansson predicts, “I think this is the beginning of a new era. As I said a year ago, Verstappen and Honda will dominate, probably for four or five years once they get it right, which they will.

“When Honda is committed they always get it right in the end, and once they do they are very hard to stop,” he added.

And when that happens, Jos thinks his son will be a “hero” in Japan, “What happened with Senna may now happen with Max. And that’s only good.”

For a start, Verstappen junior is fully supportive of Red Bull’s decision at the end of last year to dump Renault and switch to Honda, “The whole preparation is so much better than in previous years.”

“There is a real collaboration and exchange of ideas between Red Bull and Honda. We try to help them, they try to help us. The Honda people are real winners and so are we. The level of devotion is the same on both sides,” he added.

However, with the points gap to Hamilton standing at almost 70 points, team boss Christian Horner thinks a true championship challenge will need to wait for now.

“As we get better performance from the car, and as Honda moves forward, it will be a year of construction for 2020,” he is quoted by Auto Hebdo.

“Hopefully there are more exciting races to come this year, and Max can keep racing against Lewis and Ferrari. It’s promising for the future,” said Horner.