Binotto: Vettel will be with Ferrari in 2020 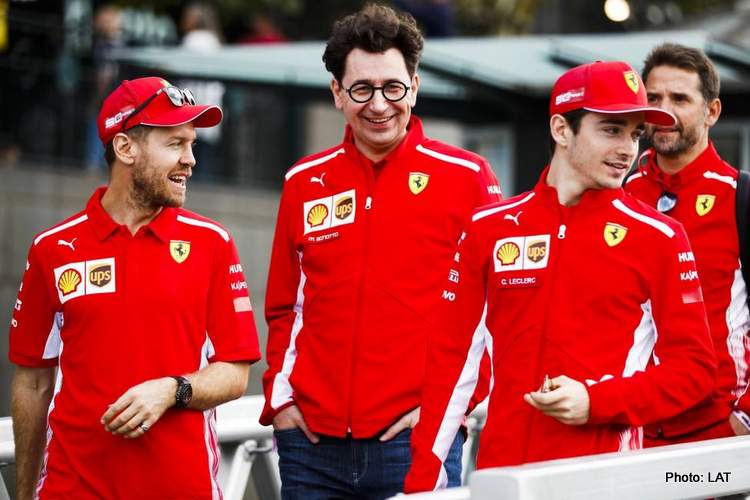 Mattia Binotto says Ferrari will head into 2020 with an unchanged driver lineup putting an end to rampant speculation about the future of Sebastian Vettel, with one latest Silly Season theory being that he could return to Red Bull next year.

Indeed, Vettel gives himself just five out of ten for his first half of the season in which he has yet to win a race, “Five. Not happy with the first half.”

But for team boss Binotto repeated what he has said before, namely that there is every reason to honour Vettel’s 2020 contract.

“We have a couple of high-level drivers and I see no reason why we have to change anything,” he is quoted by Marca. “Both have a contract and there is no doubt that Vettel will be with us in 2020.”

Binotto also commented on Charles Leclerc, who had a strong start to his first Ferrari season but also made some mistakes, “Charles is in his first year with Ferrari and there is a lot of pressure.

“He has made some mistakes but he is all about learning and not repeating them,” added the Ferrari team chief.