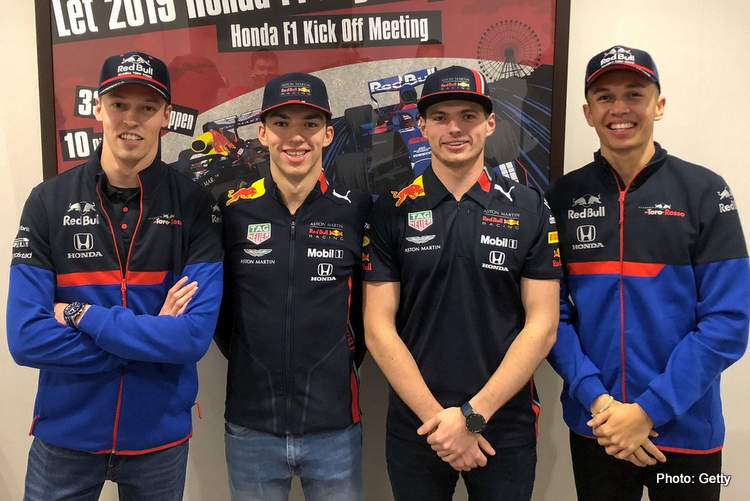 Just 12 races into his career with the four-time world champions, apparently Helmut Marko and company had seen enough of the Frenchman to ascertain he wasn’t the man to help bring them a fifth, and really, fair enough.

From the first race this year in Melbourne, Gasly has simply not looked like a driver deserving of a seat in one of the grid’s few, truly decent cars.

His best finish being a fourth in Silverstone, he sits just sixth in the driver’s championship with 63 points, less than half the score of the man right above him in the standings (Charles Leclerc with 132) while McLaren’s Carlos Sainz, a man who would probably punch his own grandmother for the opportunity Gasly has had this year, is only five points behind in seventh.

Of course, it’s not just about the points Gasly has scored. Max Verstappen, a man (supposedly) in the same machinery, sits third in the standings – seven points off second – with two victories (and nearly another, had Mercedes not gambled successfully in Hungary), three podiums, and a pole position to his name.

Making matters worse, Verstappen was 0.529 seconds faster on average in qualifying (in sessions where they both set a comparable time), and lapped the Frenchman multiple times on Sundays, all-in-all not so much besting his teammate as thoroughly embarrassing him.

And really that was the problem. Red Bull don’t need another Verstappen – hell, they don’t even need another Daniel Ricciardo – but they do need someone who can be the Dutchman’s rear gunner. Unfortunately, Gasly was just a rear runner, and while that ensured he never rocked the boat across from the team’s number one driver, it also meant they left points on the table.

Maybe that doesn’t matter so much in a year where Mercedes are clearly going to win the constructor’s anyway (although you could make a good case they would be ahead of Ferrari with an average driver instead of Gasly), but for a team that is rapidly on the upswing, it would’ve jeopardised any future chance of challenging for the title.

So now Red Bull turn to Alexander Albon. A surprise to be sure, Albon was only a last-minute addition to Toro Rosso for 2019, and while very impressive for a rookie, has still been edged by Danill Kvyat in all the head-to-head statistics. Something tells me the Russian is probably feeling a little aggrieved right about now.

That said, it’s not necessarily the wrong decision. You could make the case Red Bull already know what they have in Kvyat, given his one-and-a-bit years at Red Bull previously, and given the general lack of stakes in 2019, there’s no real loss should Albon prove similarly below-par.

On the flip side, the ease with which Albon has adjusted to the big leagues of F1 could be the sign of something greater, and now we get to find out. Particularly at tracks like Singapore, Suzuka and Mexico, he should have a race-winning car beneath him, and while he shouldn’t be expected to best Verstappen, the opportunity will be there for him to make his mark.

In any case, the Pierre Gasly era at Red Bull has come to an end. However you look at it, it was an abject disappointment, and yet there is still the silver lining that he gets a further nine races at Toro Rosso. Who knows? Maybe this change of scenery will be just what he needs to revive his career, and in partnering Kvyat, he’ll have a very good source of inspiration.

In the meantime, Alex Albon will get his shot, and be subject to all the same pressures and expectations. There’s a very realistic chance I’m writing this article again come December, such is the life of Formula 1 drivers in general, and Red Bull drivers in particular.