Horner: We didn’t mess up, Mercedes had the quicker car 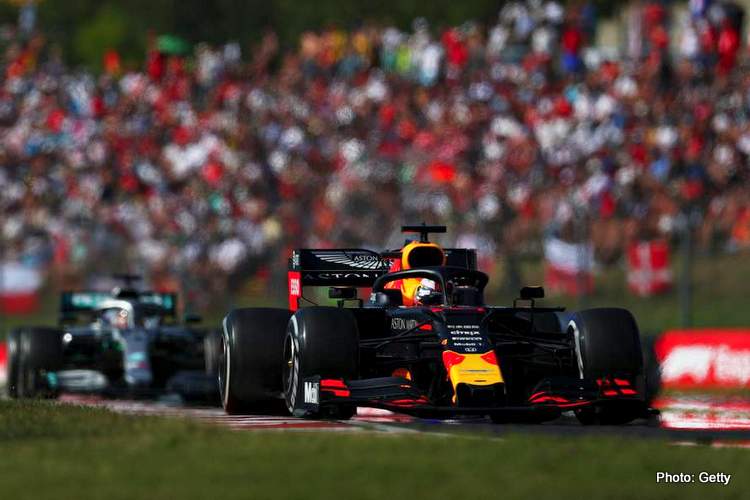 Looking back on a spell in which Max Verstappen won two of the last four races, Red Bull boss Christian Horner told the official F1 website that the only reason his team lost the race last Sunday was that the World Champions still have the better package.

Horner explained in the interview, “To the layman, it may seem that Red Bull got their strategy wrong. We didn’t. Mercedes just had the quicker car and the ability of a free pit stop opened up to them.”

Nevertheless, it was an intriguing contest as Lewis Hamilton hunted down the Red Bull whose driver gave it all he had until his tyres cried enough and the Mercedes on fresh mediums was able to gobble up the gap of 20 or so seconds in the latter half of the race at Hungaroring to hand their star driver victory.

Verstappen was graceful in defeat as was his reaction to the reality that he did not have the ammo to fend off the #44 Silver Arrow and had to settle for second instead.

Horner said of the Dutchman, “He has driven with great maturity. Even at the end of the race, to lose the race with four laps to go is hugely frustrating.

“But I think he gets the bigger picture, knew the situation we were in and understands how the race is being read. He had the maturity immediately to understand what that situation was and I think he has really come of age this year,” declared Horner.

Big Question: Did Red Bull get their sums wrong in Hungary or did Merc have the power?