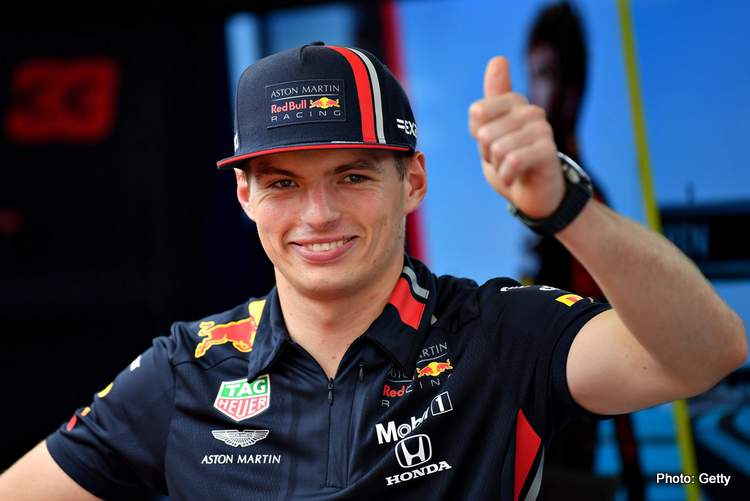 Red Bull’s season took a while to get going but when it did they proved they can take the fight to Mercedes while, most importantly, their star driver Max Verstappen has been mega since the Formula 1 circus hit the European trail.

Ahead of the second half of the season, which resumes again at the end of this month with the Belgian Grand Prix weekend, Verstappen has single-handedly taken on Mercedes and Ferrari, putting Red Bull in the hunt for second in the constructors’ championship while signalling the Dutchman’s title intentions.

Albeit the chances are very slim, at this point if anyone is going to spoil Lewis Hamilton’s sixth title party it will most likely be Verstappen who has matured into one of the best drivers on the grid currently, a far different man to the boy of a year and a bit ago.

Verstappen took the defeat remarkably well. His demeanour – after the excellent game of cat and mouse he played with Hamilton in Hungary – was exemplary. Clearly, a sportsman who relished the battle irrespective of the outcome.

In the end, it was close, it was exhilarating, it’s what F1 needed.

Indeed since his victory in  Austria, the 21-year-old’s shares have rocketed as he certified himself as the heir apparent to the reign of Hamilton, and the driver who has blown life into a championship that appeared long over not too long ago.

It might still be but with upwardly mobile Verstappen and Red Bull in the frame things might not be so clear cut during the second stanza of the championship title race.

After the race weekend in Budapest, team boss Christian Horner declared, “Thank god for Red Bull and Max Verstappen for Formula 1 at the moment!

“It’s great to have races like that, even though we didn’t come out on top, it’s what fans want to see. I think the last four races, in reality, have been great races.

“Hopefully with the tracks we have coming up, there are exciting races to come and if the grid does concertina, and Max can race against Lewis and the Ferraris as well, then it is bright for the future.

“I think Lewis is now over 70 points ahead, which is close to a three-race advantage with nine to go. So basically Lewis would have to not turn up for three races, if his cough comes back or something or he gets athlete’s foot, it’s hugely unlikely. They would have to mess up by gargantuan proportions not to win this championship.

“But our target for the rest of the year is to close that gap at races like (Hungary) and hopefully some races will work out the other way around for us like they did last weekend, and as we get more performance on the car, Honda make progress, this is very much a building year as we get to 2020,” explained Horner.