Will a return to refuelling be good for Formula 1? 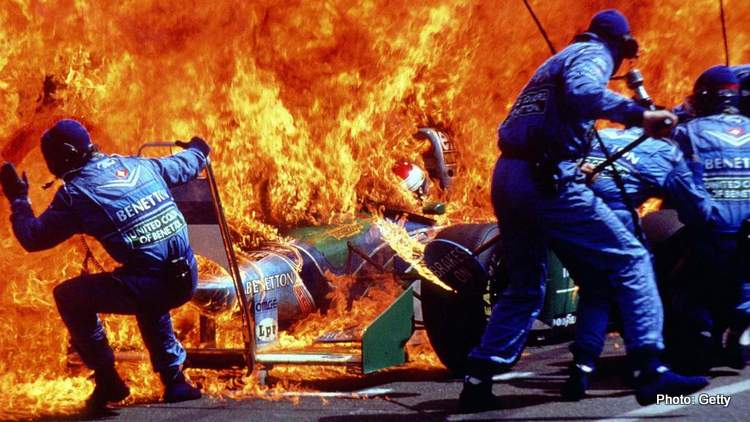 Formula 1 is still discussing the potential return of refuelling for 2020 during a meeting this week when the sport’s key stakeholders met once again in Geneva, and one of the items on the agenda was Jean Todt’s plan to bring back refuelling.

Mercedes F1 boss Toto Wolff does not oppose the idea and told RaceFans, “I think we should have no, as we say in Austria, holy cows. We should look at every single regulation and say ‘does it work or doesn’t it work for us’?”

“Refuelling certainly provides entertainment, provides another unpredictability factor in terms of something could happen. It makes the cars much lighter at the beginning of the race so the drivers are able to push much harder,” explained Wolff.

When asked about the refuelling discussions, Haas team boss Gunther Steiner revealed, “Yes, but we didn’t agree to anything. To understand whether it makes sense to go back, we need to do a lot of work.”

“I find refuelling very interesting. It could help the spectacle, but we need to be clever about it, not to just introduce more people to do the pit stops. Maybe we need to lose a few people on pit stops in general.

“So if you’re clever, we design some very simplistic equipment to refuel and don’t employ another five people to refuel. We just need to handle it properly to have more show, but not more cost,” insisted the Haas F1 team boss.

Alfa Romeo’s Beat Zehnder confirmed that the refuelling proposal is on the table for shareholders to decide upon but also warns that the suggestion weighs the final decision-making process.

He told reporters in Hungary, “There is a lot of work to do in all the several working groups. What slows down the process is probably is that there are new elements coming on the table every now and then, like refuelling.

“Six months no one talked about refuelling and we have to consider it carefully. There was a reason we stopped refuelling in 2009. It was not only for financial reasons.

Claire Williams made her team’s stance on refuelling clear, “One of the conversations obviously on the table at the moment is refuelling.

“I don’t see how that does not completely contradict and take us 10 steps backwards from what we are looking at trying to promote this sport and the virtues of F1 from an environmental perspective,” added the Willams deputy team chief.

The main argument against refuelling is of course the cost, with one insider telling Auto Motor und Sport that the equipment alone would cost each team €1-million. Add to that, the ongoing equipment and freight costs will reportedly be about €330,000 a year.

Another argument is that refuelling will not make F1 more exciting. In fact, one F1 team boss said: “Just go back and look at the races before 2010. Especially the races at the beginning of the 2000s.”

The drivers, though, are generally warming to the concept of refuelling during races.

Max Verstappen – whose father Jos was engulfed by fire (pictured above) when his Benetton cheated the fuel hose which reportedly triggered the fire during a refuelling pitstop at the 1994 German Grand Prix – supports the idea.

When asked if he would support a return to refuelling, the Red Bull driver replied, “Yes, why not? I prefer to go flat out over saving tyres. It will differ over some races. I don’t know whether F1 will improve when we reintroduce refuelling.”

“I would never have banned it,” declared Robert Kubica when asked. “It’s better for us drivers. The cars are lighter, it’s easier on the tyres and the pitstop times will again be variable. That’s good for the racing. Refuelling would spice up the racing, in my view.”

Haas duo Romain Grosjean told RaceFans he supports the idea, “I am for refuelling, I think it’s a positive to get the car faster and lighter. It makes it more demanding on the drivers. I believe also it could open some strategy.

“Driving a heavy car is not amazing. If we have lighter cars due to refuelling, it’ll be better and also easier on the tires,” predicted the Frenchman

Teammate Kevin Magnussen agreed, “I think refuelling would be very good. It would have some positive effect on tyres. It would make the racing closer between cars. It would be more fun for the drivers and more challenging in the races because the cars would be faster with the lighter fuel load.”

Charles Leclerc is likewise open-minded, “I’ve never raced with refuelling but it was definitely one cool thing to see, so if it’s back in Formula 1 why not? I will be happy to try.

“I think the main problem is still that the cars are probably too heavy so these two things for me are separate things but refuelling can be a good idea,” added the Ferrari driver.

Of course, there is the matter of the danger of refuelling, with the world and F1 having changed since 2009.

For instance, there are now much stricter safety rules about not only working in the pitlane and garages but even the construction of the motor homes.

“Maybe we’ll have to let the cars cool off for half an hour before the mechanics are allowed to refuel them,” one team insider joked.

Big Question: Will refuelling be good for F1?

Inside Line: The pros and (no) cons of F1 refueling