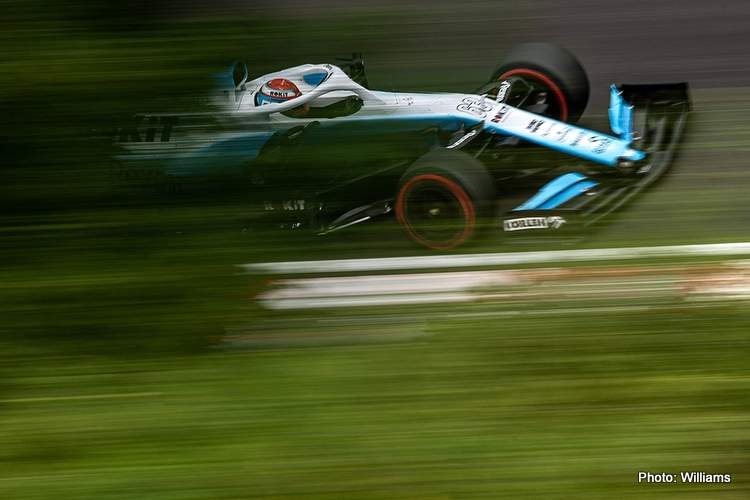 Williams is now planning to take another step forward in the wake of recent races, the struggling British team finally put some substantial upgrades on its car, which has been easily the slowest overall in 2019.

It follows Robert Kubica’s point at Hockenheim, the first and only for the team this year, after the disqualification of the Alfa Romeos.

“It has been a brutal season for us, so I suppose we should gladly accept any kind of reward,” said team boss Claire Williams. “But Alfa Romeo have submitted their appeal so I think we’re going to have to wait and see.”

However, Auto Motor und Sport claims that Williams actually made a 9 per cent step forward in terms of downforce in Hungary, amounting to a little more than eight tenths.

“That was a first step. Now we need to do more,” Russell said.

Team boss Claire Williams says the team will oblige, “More upgrades have just been approved by the development department. Now it depends on how quickly we can do the production.”