Verstappen: If we had four races right now I could easily go on 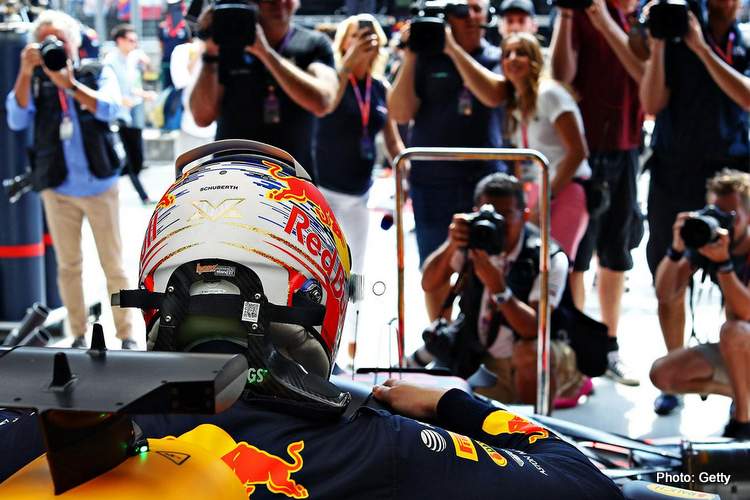 Red Bull driver Max Verstappen says he wouldn’t mind if Formula 1 skipped this year’s August break and keep racing thanks to the fine run of form he and his team have found in recent races.

Every year now, to give the sport’s travelling circus a break, August is essentially race-free and includes a two-week mandatory factory shutdown period. But the on-form Verstappen says he would be happy to race on.

“It’s always nice to get away from it all, but it’s not that I’m really ready for a vacation,” the Dutchman told De Telegraaf at a cap-signing event this week.

“I said to my father in Hungary that if we had four more races right now, I could easily have gone on. Certainly, when you’re in a nice flow, that’s true,” Verstappen said.

Many think Verstappen’s run of recent form means he is now a genuine championship contender, despite his 69-point deficit to Lewis Hamilton.

“Red Bull and Honda will be continuing to develop their car and Mercedes cannot take their domination for granted any longer,” Mika Hakkinen said in his Unibet column.

Fellow former driver Christian Danner agreed, telling RTL: “Whether he wins or loses, Max keeps his cool even at full throttle. He has improved his mental stability tremendously. Verstappen is the only one who can threaten Hamilton in the medium term.”

The 21-year-old’s own boss Christian Horner, however, is not so sure. He said Mercedes would have to “f*ck up by gargantuan proportions not to win this championship.”

Verstappen agrees, declaring after Hungary that Mercedes still has “the dominant car”. But that doesn’t mean he is not enjoying his current wave of form.

“We have had some very nice and exciting races,” he said at his last official engagement before going on holiday.

Big Question: What chance Max and Red Bull can derail Merc after the summer break?