Steiner: Fittipaldi an option for 2020 but a high risk one 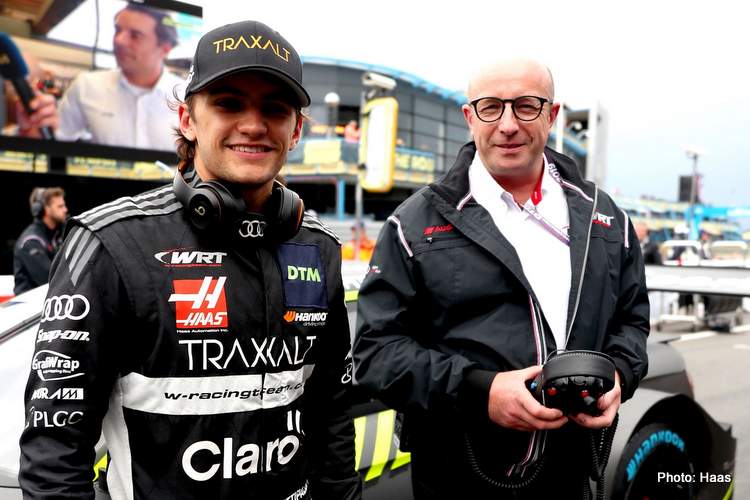 Team boss Gunther Steiner has played down rumours that Haas might sign up Pietro Fittipaldi as a race driver for his team in 2020.

With Kevin Magnussen and Romain Grosjean often clashing on track, the American team’s boss has admitted he will use the summer break to think about the next driver lineup.

Active drivers including Nico Hulkenberg and Valtteri Bottas have been linked with the seat, but another name in the mix is Fittipaldi’s.

The 23-year-old grandson of F1 legend Emerson Fittipaldi is already a Haas tester, but his path to the grid is currently blocked by his lack of a Super Licence.

“That’s a problem for all young drivers at the moment,” Steiner told Ekstra Bladet newspaper.

But a new rule would allow young drivers to earn Super Licence points by taking part in Friday practice sessions.

But Steiner explained, “That’s difficult for us, otherwise I would do it for him. In our up and down situation, we need both of our drivers in the car as much as possible.”

Steiner also said giving Fittipaldi his F1 debut would be a risky strategy for Haas, “This year, McLaren took the risk with a rookie and Lando Norris did really well. But it can also go wrong. It’s an option, but a high risk one.

“As a team we could do it, the question is whether we want to. If we had a rookie in the car this year, it wouldn’t have helped us when we got lost with the tyres,” Steiner added.

Big Question: Is Pietro ready for the big time?