Häkkinen: Ferrari was not in the same race 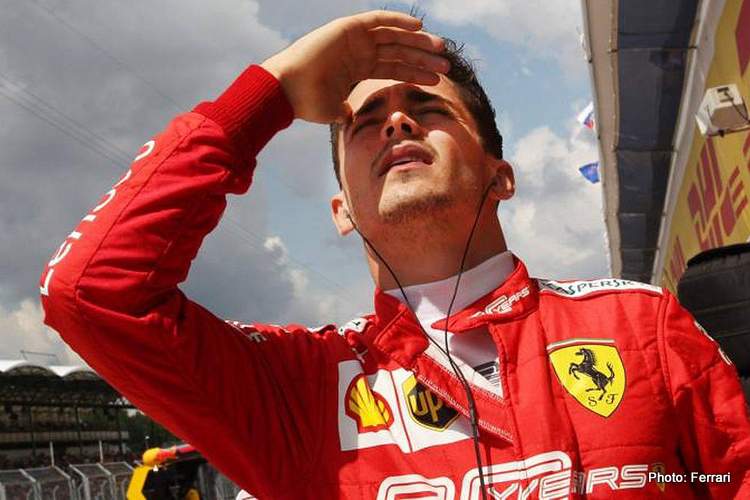 Writing in his Unibet column double-F1 World Champion Mika Hakkinen believes that Lewis Hamilton versus Max Verstappen will be the highlight in part two of this season, while questioning where Ferrari were during the Hungarian Grand Prix.

Other observations he made include:

This is the full transcript of what Hakkinen had to say after the thrilling race at Hungaroring:

The World Championship may have been dominated by Mercedes for the first eight events of the season, but the last four Grands Prix have been exciting, unpredictable and memorable.

One of the reasons is that Red Bull Racing has developed their car into a race winner, triggering Max Verstappen’s victories in Austria and Germany. In Hungary last weekend the close nature of the battle between Red Bull and Mercedes could not have been clearer, producing a fascinating battle between Max and Lewis.

It is strange to think that Max has never been on pole position before because he is in his fifth year in Formula 1 and already won seven Grands Prix.

His qualifying lap on Saturday was really impressive, the high-downforce Hungaroring circuit really suiting his car, but his qualifying advantage over Valtteri Bottas was only 0.018s. To show how close that is, Mercedes worked out that this was the equivalent of 1.06 metres at the finish line!

Valtteri will come back strongly after the summer break

Valtteri did a fantastic job with that qualifying lap especially as he missed the first practice session on Friday due to a technical problem with his car, and the second session was ruined by rain. With only final practice to prepare for qualifying Valtteri really did well out to out-qualify Lewis.

His race was ruined by a collision with Charles Leclerc’s Ferrari on the first lap of the race which resulted in an early pit stop. These last two Grands Prix in Germany and Hungary have been hugely frustrating for Valtteri. The speed is there, but sometimes you need a little luck in order for everything to come together; I have the feeling that he will come back strongly after the summer break.

With Max’s teammate, Pierre Gasly starting in 6th and both the Ferraris not quick enough in Hungary, this race quickly became a duel between Max and Lewis. It was really fascinating, especially when Lewis tried, and failed, to overtake Max around the outside of Turn 4 on lap 39.

This is a flat-out left-hand corner and, even though Lewis had fresher tyres, it was still a brave thing to try. It did not work out and the result was that Mercedes really had to think of a different strategy.

Everyone – even Lewis – thought Max would be impossible to catch

That change in strategy turned out to be perfect because when Mercedes brought Lewis in for a second pit stop with 23 laps of the race remaining, I think everyone – even Lewis – thought Max would be impossible to catch. He was 22 seconds ahead, but Lewis started to chase him hard, finding more than one second per lap.

A lot of people have wondered whether Red Bull Racing could have brought Max in for fresh tyres, but this would almost certainly have meant dropping behind Lewis. Sometimes track position is everything, and you cannot blame Max for hoping he could hold the lead to the end.

he problem, however, was that his hard compound tyres were worn out for the last ten laps of the race. He described them as ‘dead’ and this meant he really could not fight Lewis when the overtake came four laps from the end of the race.

Ferrari was not in the same race

Although Sebastian Vettel finished third, Ferrari was not in the same race in Hungary. They should be back in contention in Spa and Monza, where their straight-line speed will matter, but it is clear that their car is just not competitive from race to race. Not only have they been unable to beat Mercedes they are now behind the Red Bull Honda package in terms of competitiveness.

Sunday was another strong result for my friends at McLaren, Carlos Sainz finishing 5th and fighting with the Ferraris on lap 1, but I should also mention Kimi Raikkonen’s performance in finishing 7th for Alfa Romeo Racing.

With 12 races completed Kimi has scored points for his team in eight races, against only one points finish for his teammate Antonio Giovanazzi. This is why a driver of Kimi’s speed and experience is so useful to a team. He knows what to do, how to manage the car during a race and produce the results.

When you consider that Alfa Romeo has 32 points in the World Constructors Championship, only seven behind Renault, the fact that Kimi has scored all of them bar one shows how right team boss Frederic Vasseur was to sign the 2007 World Champion.

Formula 1 now heads into a one-month break before the Belgian Grand Prix in Spa, and this includes a two-week shut down for the factories. The second part of this year’s World Championship should be quite different from the first.

I expect Ferrari to be pushing really hard for a win in Spa and Monza, but Red Bull and Honda will also be continuing to develop their car and Mercedes cannot take their domination for granted any longer.

We have just had four really exciting Formula One races and I fully expect we have many more to look forward to before Championship ends in Abu Dhabi on December 1st.

Bottas: Being called a wingman hurts