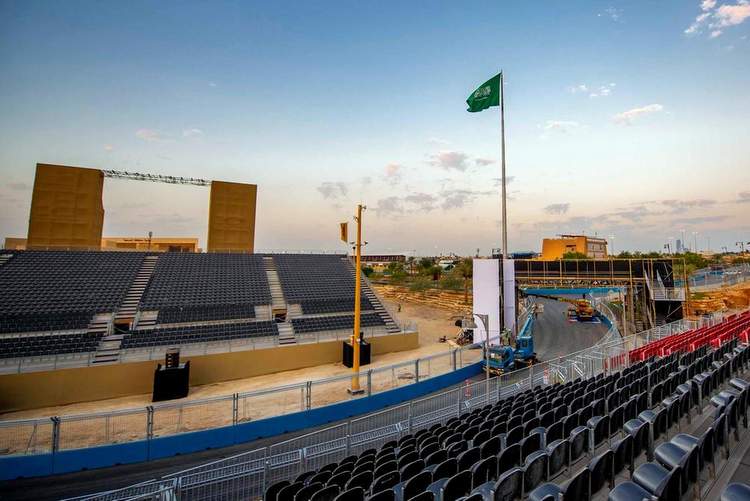 A Qatari broadcaster has slammed Formula 1 for contemplating a grand prix in Saudi Arabia who they accuse of stealing sports TV rights from the company that broadcasts prime events extensively in the region.

This week, it emerged that Liberty Media is in talks with the powerful Kingdom for what would be a race on a novel street circuit. One rendering depicts the F1 cars racing underneath a clear-bottomed swimming pool.

The Saudi talks were already controversial given the state’s human rights record, but now they are also under fire by Qatar broadcaster BeIN Media Group.

F1 is currently shown on TV in the region by MBC Group, a Saudi broadcaster, but only after BeIN pulled out after claiming its feed was being pirated by a company called BeoutQ.

A spokesman for BeIN told GP247, “It is curious that in the same few weeks that the UK Government, FIFA, the Premier League, Wimbledon and others stand up to condemn Saudi Arabia’s rampant theft of sports rights, Formula 1 continues to turn a blind eye.

“This is not only commercially self-harming given the broadcast feeds of Formula 1’s global broadcast partners – including Sky, ESPN, Fox and Channel 4 – are widely available for free on BeOutQ’s IPTV function; but it is also remarkably short-sighted given every day that BeOutQ exists, Formula 1’s rights are worthless.

“Illegal broadcast piracy is the biggest threat to the sports & entertainment industry and Saudi Arabia’s BeOutQ is pouring petrol on the problem. Most sports organisations are trying to do something about this epidemic; Formula 1 is only encouraging it,” concluded the statement. (Additional Reporting: GP247)