Horner: Problem for Gasly is he’s not in the top group at all 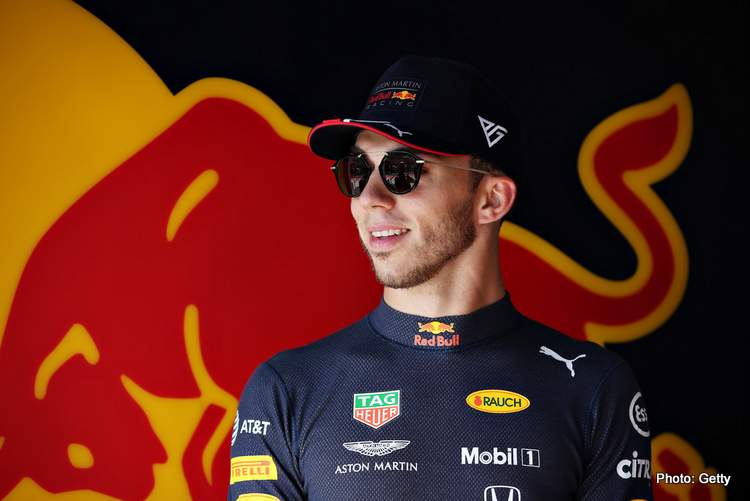 Christian Horner says it is “essential” that Red Bull has two cars near the front of the Formula 1 field while driver chief Helmut Marko has ominously hinted a decision on Pierre Gasly will be made during the current summer break.

And with Max Verstappen currently electrifying the sport, it is clear that he is referring to the Dutchman’s struggling teammate Gasly.

Amid rumours he is about to lose his seat, Gasly recently improved his form but he was struggling once again in Hungary last weekend.

“If we want to have a chance in the constructors’ championship against Ferrari, it is essential that we have two competitive cars,” team boss Horner said. “The problem for Gasly is that he is not in the top group at all.”

He was speaking after the race in Budapest, insisting: “We shouldn’t be fighting against Saubers and McLarens, but Ferraris and Mercedes.”

Gasly’s situation has re-ignited speculation that the 23-year-old’s short career at the top Red Bull team may end imminently.

Some believe Gasly should even be worried about getting a phone call from the notorious Dr Helmut Marko during the next few weeks.

Horner says Gasly certainly has some thinking to do in August, “During the break, Pierre needs to think about his performances in the first half of the season and draw some conclusions.”

“We plan to leave him in the team until the end of the season, but I would really like to see him achieving better results in our car.”

After winning in Hungary, Lewis Hamilton suggested that his old McLaren teammate Fernando Alonso might be a good next teammate for Verstappen.

On his part, Gasly said after another disappointing Sunday afternoon, It’s good for everyone to have a break now and switch off. I will relax and review the first half of the season

“I will look at what went well and what could have been better so I come back sharper and stronger for the second half and make sure we score more points,” added the unflustered Frenchman.

Big Question: Should Pierre be worried?