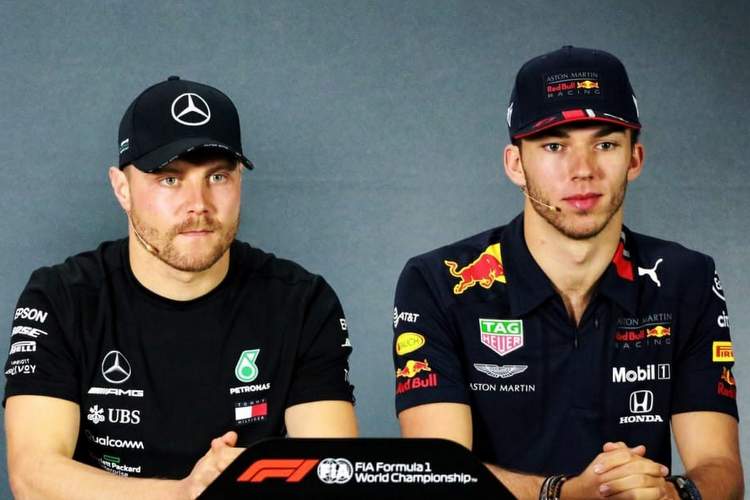 Mercedes driver Valtteri Bottas and his Red Bull rival Pierre Gasly may find it harder than other drivers to unwind as Formula 1 enters its August pit-stop.

Neither did themselves any favours in Sunday’s Hungarian Grand Prix and both face uncertain futures at Mercedes and Red Bull respectively.

Bottas is out of contract at the end of the season as Lewis Hamilton’s teammate at Mercedes and the Finn faces competition from the dominant champions’ young French reserve Esteban Ocon.

Team boss Toto Wolff told reporters a decision would be made this month, with the evaluation process starting on Monday.

“We will not be letting one race result influence our decision … it’s not going to be an easy one,” Wolff added, emphasising that the data would be crunched and a full risk and reward assessment carried out.

That may sound like welcome news for Bottas, who started on the front row on Sunday and finished eighth to slip 62 points behind Hamilton after 12 of the 21 races.

But the weekend before, he crashed out in the wet at Hockenheim while on for a podium and with Hamilton seemingly out of the points. And on Sunday first lap contact with Hamilton and Ferrari’s Charles Leclerc forced him to pit early and then fight back from last.

Bottas, who gets on well with Hamilton and the team, will be hoping he can celebrate his 30th birthday at the end of the month with another vote of confidence.

“I’m not really nervous,” said the winner of two races this year, compared to Hamilton’s eight. “But for sure it would be nice to hear some news when the team decides what they want to do. What can I do? I don’t think it’s going to change anything, one race.”

Gasly is in a similar bind to Bottas, up against a teammate who is operating in another dimension.

The Frenchman was lapped by Verstappen on Sunday, not for the first time, and ended up sixth with ever more questions being asked about his longevity in a team not known for tolerance.

Verstappen has won two of the last four races, finishing second from pole on Sunday, and has scored 114 points more than his teammate.

To ram home the disparity, Verstappen has scored more points in the last four races than Gasly has managed in 12.

The Frenchman will not have been amused by a discussion between Hamilton, Verstappen and third-placed Ferrari driver Sebastian Vettel post-race when asked whether they would like to see departed double champion Fernando Alonso return.

“Maybe he could speak to Toto,” suggested Verstappen.

“Valtteri’s great; Valtteri’s been winning. You’re the one with the extra seat, I would say,” replied Hamilton.

“I didn’t say that,” added Verstappen.

Big Question: What now for Pierre and Valtteri?