Anthony Hamilton: Just tell Lewis: You can do it! 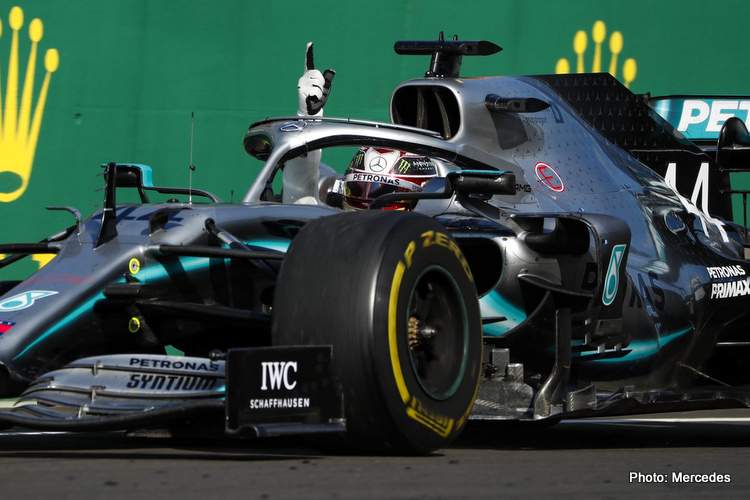 It was a hero-or-zero strategy call that won Mercedes and their star Lewis Hamilton the Hungarian Grand Prix, an enthralling race in which the King of Formula 1 hunted down the Prince and heir apparent, a contest that has ignited a rather dull season.

This time around, Verstappen was the mouse that was being hunted while Hamilton was the cat doing the hunting and in the end, the latter prevailed but only just and the tussle in the heat of the Budapest sunshine is one for the ages. And there will be more no doubt.

Speaking to reporters after a tense Sunday afternoon at Hungaroring, Mercedes team boss admitted that the pitwall call was marginal, “We were very much in doubt because we knew we had to catch up a second per lap.

“There was a stage when Max was turning up the engine and he was matching Lewis’s pace and when Bono told him it was equal times you could almost hear the disbelief in Lewis’s voice… why we did the second stop.”

Wolff was referring to the point in the race when Verstappen pegged the lead to around 15 seconds as he too dropped the hammer, but Hamilton dug deeper despite the disbelief spurred on by calls of “Hammer-time” and inspiration from the rapidly reducing lead when he bolted on the fresh mediums.

His boss explained, “Somehow he put himself back in the right frame of mind, probably we motivated him over the radio. One thing his father said to me, there’s just one sentence you need: ‘You can do it’. And we knew he could do it.

“Even if the plan had said we were running out of laps, we thought that by telling him he was catching him we could help. And that’s exactly what happened.”

In the end, fans were treated to an enthralling contest on a track of attrition known to test drivers and teams to the limit. From the outside, it looked like an all-or-nothing gamble which indeed it may have been had the driver not been the five-time F1 World Champion.

Wolff continued, “It was brilliant execution by the strategy team. We had discussed all variations in the morning and the two-stop seemed uncompetitive.

“But then they reacted in the right way and all the learnings we took from Hockenheim with the radio discipline and the protocol that the strategists in the background would come up with options, and then [Chief Strategist] James Vowles would be evaluating them and then all of us giving our opinions.

“By this point Lewis was catching up to Max and it looked like he could overtake him on the hard tyre, but we were too marginal on the brakes and we couldn’t continue to follow him in that way.

“So the only option to avoid P2 was to take a risk in the hope that the medium tyre would create an offset. At first it didn’t seem very good, but from then on the moment Lewis sniffed the opportunity there was no going back,” added the Mercedes team principal.