Vettel: Nobody’s mind will rest in the next few weeks 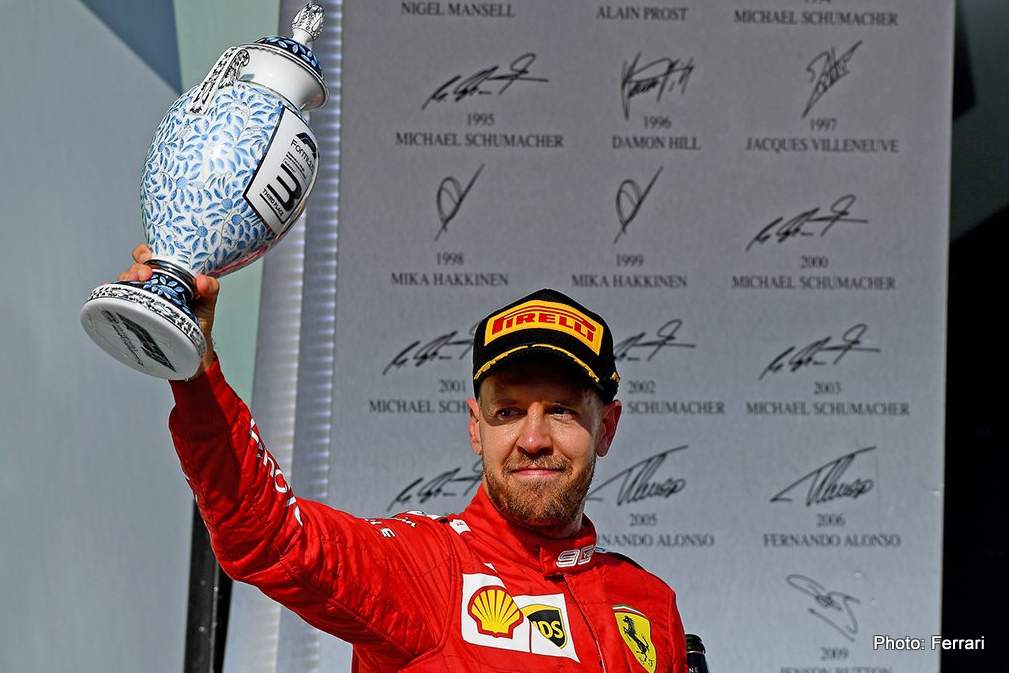 Sebastian Vettel said he was ready for a much-needed take a break from Formula 1 after he and Ferrari team-mate Charles Leclerc finished third and fourth in the Hungarian Grand Prix but at the same time doubts his mind will be able to “switch off” for the next four weeks.

The four-time F1 champion, who will be without a win for a full year when he returns to lead the Italian team at the Belgian Grand Prix next month, conceded that he and Ferrari could not live with the pace of Mercedes’ victorious championship leader Lewis Hamilton and second-placed Max Verstappen of Red Bull.

“We couldn’t go the pace with these two. That was clear and it’s good now to get a break. Everyone has been working really hard and we need to recharge our batteries,” he said.

“I’m happy to get some champagne now! We did a long first stint and hoped the softs (tyres) would last to the end – and they did.”

Vettel, who is 94 points behind Hamilton despite a second straight podium, was unconvinced by suggestions that Ferrari would bounce back at the power-hungry Belgian and Italian Grands Prix.

The German said, “On paper, they look better for us and we know we have a margin with the car, but we don’t know what other people will do in terms of upgrades. It will be a busy break for us and nobody’s mind will rest in the next few weeks.”

His team-mate Charles Leclerc said he felt disappointed and had realised that the German was more efficient in tyre management on long stints, “We pitted quite early on the first stint, mostly because I was struggling with tyres.”

“Then on the second stint towards the end, I was struggling with tyres again, at the rear. So, there is definitely something Seb is doing better than me in long runs when there is degradation.

“I need to understand where it is coming from and try to improve that,” added the younger of the two Ferrari drivers.

Big Question: Will there be any rest in the Maranello minds during summer?