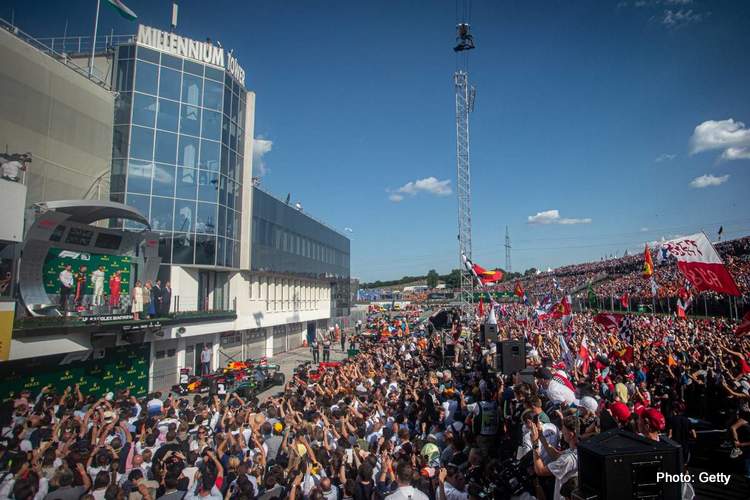 Playing the hunter to Max Verstappen’s hunted, Lewis Hamilton was able to deliver one of the all-time great chase downs in Hungary on Sunday.

Twenty, thirty years in the future, some youngster is going to look up Lewis Hamilton’s Wikipedia page, see he won the 2019 Hungarian Grand Prix, and think nothing of it. Amidst all the other wins, it’s going to look no more remarkable than all the others around it – in reality, that could not be further from the truth.

About as exciting a win as Hamilton has delivered in his unprecedented run of dominance, the five-time world champion made an audacious strategy work in abandoning his fight with leader Max Verstappen to pit late for a second set of mediums, only to haul in the subsequent 20 second lead like it was fish in a puddle.

Obviously, plenty of credit has to go to James Vowles and the Mercedes strategy team. It was a move almost completely out of left field, but they had the car – and particularly the driver – to pull it off.

And really that’s the big takeaway here. Verstappen might be the heir apparent, but Lewis is still king. He needed 20 laps of hammer time (and a little help from Verstappen’s tyres), and that’s exactly what he delivered – even if there was a dash of moaning along the way. Simply put, he remains the best in F1 until further notice.

Sitting in Toto Wolff’s post-race press conference, I was surprised to see Netflix had their cameras back in the Mercedes motorhome. While they didn’t stick around for either Merc driver’s presser, I wonder if this is an indication the Silver Arrows might be featured outside their own German GP episode.

On a related note, partial shots fired by Lewis Hamilton in his press conference. Asked about Nico Rosberg’s comments in his Saturday qualifying vlog, Hamilton said he couldn’t care less, as “naturally there will be people who have not had the success that I’ve had that might want to talk down” but “When someone says something about you, it’s really about themselves.”

As crushing a defeat as it was for Max Verstappen and Red Bull, they can still hold their heads very high heading into the summer break. If the season had started here in Hungary, they would be legitimate WDC contenders, and while Ferrari should bounce back at Spa and Monza, overall it seems clear they’re the second-best team on the grid.

Was given a mountain to climb, and cleared it with ease. We’ve spent the past few weeks singing the praises of Max Verstappen – and deservingly so – but make no mistake: Lewis is still the best driver on the grid.

Quote of the Day: Robert Kubica