Hamilton: If [Rosberg] is right or wrong doesn’t interest me 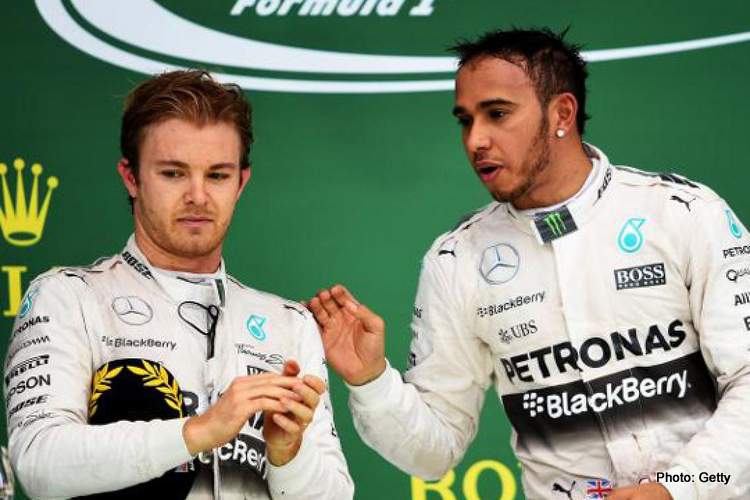 Lewis Hamilton has hit back at his former Mercedes teammate Nico Rosberg following a string of recent comments by the 2016 Formula 1 World Champion turned vlogger and influencer.

In his video blog and elsewhere, Rosberg has recently claimed that Max Verstappen is now a better driver than the five-time F1 world champion, partly because of 34-year-old Hamilton’s age.

Hamilton, who had a troubled relationship with Rosberg when they were teammates until 2016, said after winning in Hungary: “I’ve never seen the blog. It has no influence on my life.

“Whether he’s right or wrong doesn’t interest me, although he has the right to his opinion. But I think my records and results basically speak for themselves. There are always people who did not have the success that I did who want to talk, but that’s ok.”

“I once read a book and it said when people talk bad about you, don’t take it personally because they’re actually talking about themselves,” Hamilton added.

As for Rosberg’s specific charge about his advancing years as a top athlete, the Mercedes driver hit back: “I feel great. I’m still fit. Maybe not fitter than ever because I was sick a week ago, but I wanted to come back strongly this weekend and I succeeded. I am 34, but I feel like I’m doing better than ever.”

Hamilton and Rosberg endured a highly acrimonious period together at Mercedes, with the Monaco-raised German taking the title in 2016 and promptly retiring from the top flight.

Since then the pair have not been on the same page and word is Hamilton refuses to be interviewed by his childhood mate turned nemesis in adulthood. The ice has clearly not thawed between the pair.

Rosberg: Mercedes is a war machine