Williams: We will try to build on our qualifying position 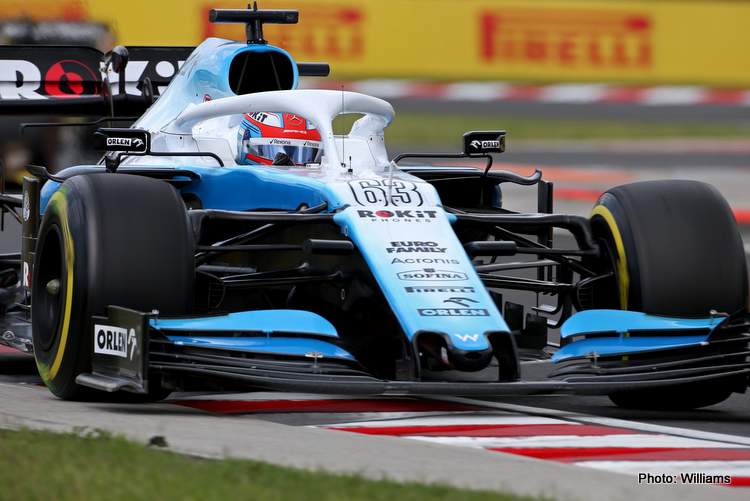 Williams report from qualifying for the Hungarian Grand Prix, Round 12 of the 2019 Formula 1 World Championship, at Hungaroring near Budapest.

Dave Robson, Senior Race Engineer: “We enjoyed a productive morning making full use of the additional set of dry tyres available in FP3 to catch-up on some of yesterday’s lost time. We completed some homework on the hard and medium Pirelli tyres ahead of tomorrow, before turning our attention to qualifying preparation on the soft tyres.”

“In qualifying we were able to complete three runs with each driver and both made steady improvements as the session progressed. A yellow flag hindered one of George’s runs, requiring him to lift in the last corner. Otherwise, he was very happy with his progression especially in the important Sector 2. Robert struggled a little more this afternoon and we will need to look at the reasons for that.”

“Tomorrow looks to be a dry and warm day and as overtaking is difficult here, the race will be hard for anyone not starting right at the front. However, it is a long run to T1 and we will try to build on our qualifying position at the start of the race and then fight with the midfield.”

P16. George Russell: “I am ecstatic with qualifying. We have really turned the page this weekend with our update and understanding the tyres. It was a shame to miss out on Q2 but considering everything, we are over the moon.

“I felt comfortable inside the car, probably the happiest that I have been all year. It was a joy to drive and I’m really pleased with the lap. Regardless of tomorrow, we will enter the summer break on a positive note, knowing that we achieved this result on merit.”

P20. Robert Kubica: “We were lucky with the weather and support today, but unfortunately the pace is what it is. I felt happy with the car and with the balance, but in general I lacked grip. We were lacking half a second, we tried something desperate and as you can see it did not work.”