Vettel: Hopefully the tyres can melt 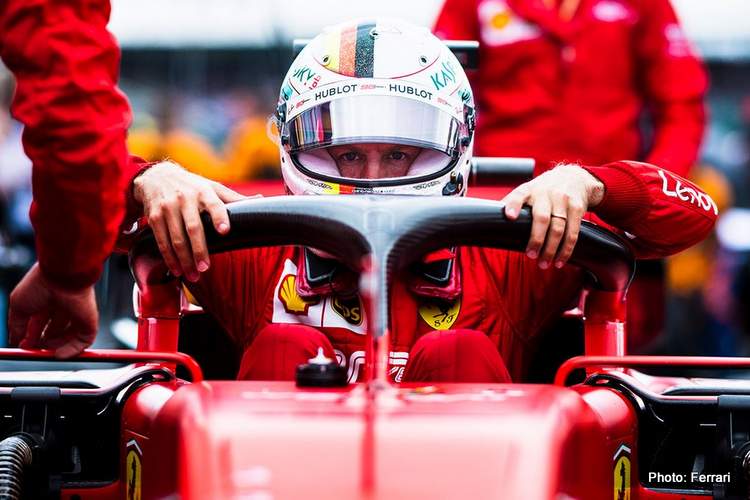 In the wake of Max Verstappen’s pole-winning effort during qualifying for the Hungarian Grand Prix, Ferrari driver Sebastian Vettel claimed he was unsurprised by the performance of his former team on Saturday.

Verstappen powered to his first F1 pole position in a showdown between power (Mercedes) and downforce (Red Bull) on the tight confines of the Hungaroring where both are, in differing areas of the track, compromised.

In the end, the RB15 proved the better piece of kit but only in the hands of Verstappen as his teammate, Pierre Gasly was way out of contention, eight-tenths down!

But Vettel scoffed at suggestions that the Blues had made a breakthrough and told reporters as much, “It’s down to downforce. I don’t think they’ve found anything, they were quick already the weeks before coming here.

“Obviously they have a bit of a disadvantage on the engine side, but coming here, the engine is not important, so we knew they’d be strong and we knew Mercedes would be strong, but obviously we can’t be happy sitting further back and not being able to intervene in that fight.”

“Our car is very quick down the straights but it’s not the best through the corners and that means we struggle to keep the tyres alive right to the end of the lap when we are trying for a quick time. You can see that from the fact we are quickest in sector 1 and then we suffer over the rest of the lap.”

“In fact, it will be a very difficult race in terms of tyre management and given the characteristics of our car, it would suit us to see high temperatures tomorrow because we would then be able to put our competitors under pressure.”

As for race day, the German said with a wry smile, “Hopefully the tyres can melt, and we end up with more stops than one, otherwise it will be difficult.”