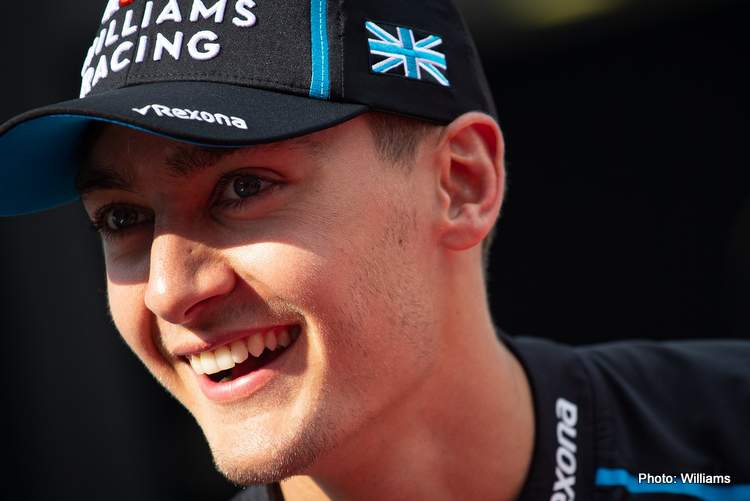 Rookie George Russell hailed a breakthrough for struggling former champions Williams on Saturday after he moved off the back row of the starting grid and qualified 15th for the Hungarian Grand Prix in Budapest.

Williams have been way off the pace this season, wrestling with an uncompetitive car and their drivers routinely lapped in races.

They have so far scored just one point, for Poland’s Robert Kubica, that dropped into their lap in Germany last weekend after the Alfa Romeo drivers were demoted out of the top 10.

That point could still be taken back, with Alfa appealing and a hearing due on Sept. 24 in Paris, between the Singapore and Russian Grands Prix.

Kubica qualified 20th and last on Saturday, nearly 1.3 seconds slower than Russell and complaining of a lack of grip. Russell, however, said his lap had felt like a pole position.

While he ended the session 16th, he moved up a place after Alfa Romeo’s Italian Antonio Giovinazzi dropped three for impeding Racing Point’s Lance Stroll.

If it was not the best Russell had ever driven in a Formula 1 car, with the youngster also contracted to Mercedes and having experience testing for the champions, it was his most enjoyable day in a Williams.

“These tyres are just a tricky thing and when you get them working, you’re battling with a completely different beast,” he told reporters.

“I felt absolutely great inside the car. I think it really shows as well the work the aerodynamicists have been doing back at the factory… has truly paid off.

“We have seen a big step in performance and the positive thing is we’ve got more of this to come later in the year. For everyone back at the factory I think it was a massive sigh of relief,” added Russell.