McLaren: We were clearly the fourth-fastest team 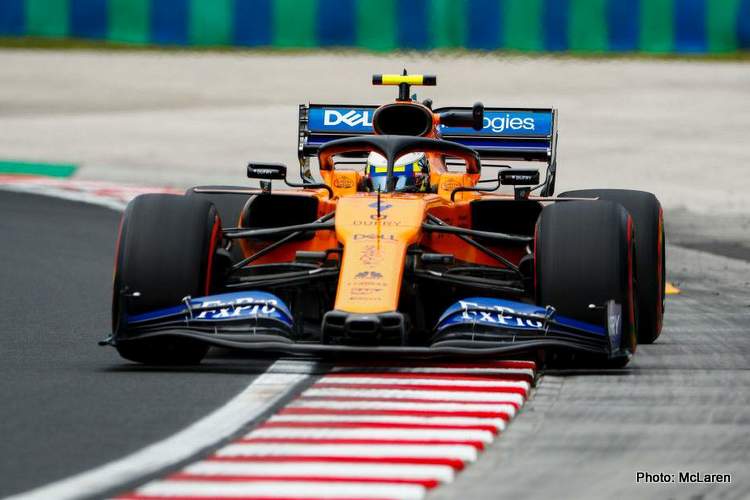 McLaren report from qualifying for the Hungarian Grand Prix, Round 12 of the 2019 Formula 1 World Championship, at Hungaroring near Budapest.

P8. Carlos Sainz: “I think it’s a positive day for the team. Coming into the weekend we weren’t so sure about the performance on this track, but we managed to make the right decisions with the set-up going into Saturday, and we put both cars in Q3.

“I started off Q1 with some balance issues, but we managed to sort them out through the session, improving every time I went out and finally doing a good lap on my last attempt in Q3. Seventh and eighth is great news for the team on this track and we can race from there tomorrow.”

P7. Lando Norris: “A good qualifying. Compared to Hockenheim last week, it was a good improvement and it’s nice to be back in Q3 again. It wasn’t easy; it was still close together in the midfield, but I’ve felt comfortable in the car all weekend and I was always reasonably happy.

“We also made a couple of improvements throughout qualifying that helped at the end of the day. We have P7 and P8, behind the top three teams, which is a good achievement for us both. Massive thanks to the team at the track and everyone back at the factory. Now we just need to convert our quali form in the race.”

Andreas Seidl, Team Principal: “Well done to the whole team for another well-executed qualifying session. It’s only the second time this year we’ve managed to get both cars into the top-eight. Carlos and Lando did an excellent job, improving progressively through the sessions, but this was a real team effort, both here at the track and back at MTC.

“Collectively, the team is working incredibly hard to identify the limitations of the car and devise solutions. It’s getting better all the time with updates from the aero department adding performance constantly.

“We were clearly the fourth-fastest team today on a track which, on paper, didn’t look like being particularly strong for us. Of course, nobody scores points on Saturday, so we’ve got to get our heads down now and work hard on race preparation. We have a really good platform from which to deliver a strong result tomorrow.”