Leclerc: It was a completely unnecessary mistake 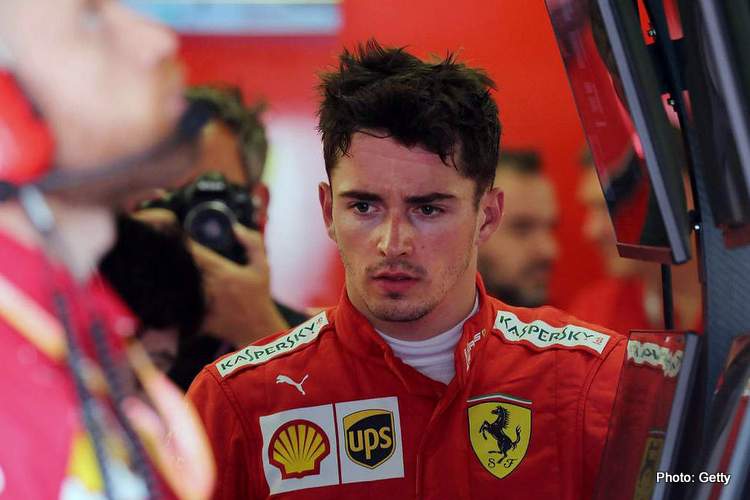 Charles Leclerc added to a list of self-inflicted errors that have cost him dear in this his first season as a Ferrari driver, this time around he made a mistake during qualifying for the Hungarian Grand Prix that luckily did not compromise his session.

During his second run in Q2 Leclerc lost control of his Ferrari through the final turn before the pit garage complex, and tapped the wall with the rear-wing of his car forcing him to abort the lap and return to the pits for repairs.

Leclerc, as is his custom, was quick to raise his hand to take the blame when he told reporters, “I need to learn from these mistakes, and I need to work on that, but on the other hand Q3 was very positive. I was very happy with my lap overall.”

Nevertheless, the 21-year-old recovered well to claim fourth place on the grid for tomorrow’s race and will start ahead of teammate Sebastian Vettel.

“I was very lucky to go again and I have to thank the team for what they did. It was a completely unnecessary mistake at that moment in qualy, and that’s two mistakes in two Grand Prix races,” he added.

Notably, despite a damaged car Leclerc still managed to outqualify Vettel as team boss Mattia Binotto inadvertently (or not) revealed in the post-quali report: “Charles’ was slightly compromised by the accident in Q1.”

“We changed the rear wing, but there were still some damaged parts left on the car and maybe he also lost a bit of confidence in that final corner,” added the Ferrari team principal.