Alfa Romeo: Race pace a big unknown but we fancy our chances 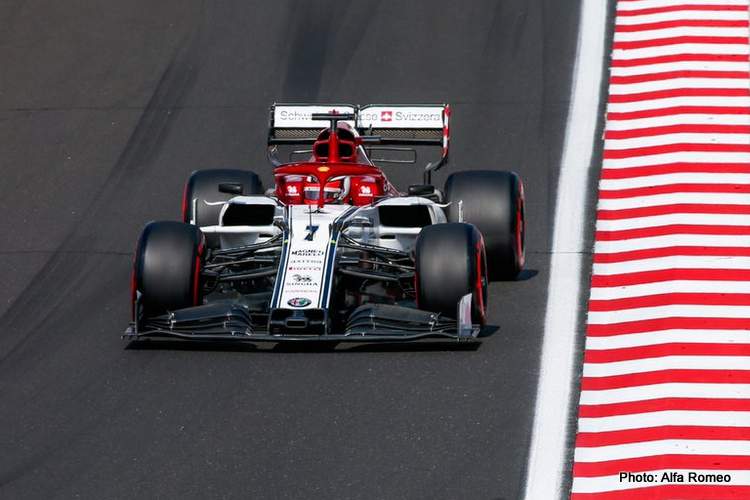 Formula One is a team sport, this is a concept worth reminding. Within a team, even though the two sides of the garage live autonomous lives, pushing the car and driver combo on their weekend journey, the sense of unity is strong.

It would be wrong to see the two sides as disconnected, or purely focussed on their own success. A team is, first and foremost, a team: as such, we win and lose together, we rejoice and commiserate for each of our cars’ results and we push each other to be better every day. And when one side of the garage has a good result and the other struggles, we come together to work a way out of it.

Today was one of those 50/50 days, a car sailing through to Q3, the other suffering a penalty that will leave it towards the back of the grid. Mixed feelings is what we’re left with as we reflect on our Saturday. But already, in our engineering truck, in our garage, in our offices, the team is coming together: to give Kimi and Antonio the best chances to score. To push both cars higher as the race unfolds. This is our team spirit.

Frédéric Vasseur, Team PrincipalL “At the risk of sounding repetitive, today was another day in which very little separated the teams in the midfield. Kimi did a very good job to claim a place in the top ten, leaving behind most of our direct competitors. He has a good opportunity to score points tomorrow, but we will need to execute a perfect race for him to maximise his chances.

“Antonio wasn’t too far off and starting in P14 would have given him a fair shot in the race. Unfortunately, a three-place penalty means he will have his work cut out: it’s a long race, however, and we will try our best to get him back into contention. Due to the limited running yesterday, race pace is a big unknown but we fancy our chances for tomorrow.”

P10. Kimi Räikkönen: “A bit disappointed that it’s just P10, on the other hand I did my fastest lap of the weekend when it mattered so I can’t really complain. The car felt pretty good although we’re lacking a bit of pace compared to the McLarens, which were our targets. Tomorrow is another story, after the lack of running on Friday there will be a few question marks about race pace but that’s the same for everyone, isn’t it?”

P17. Antonio Giovinazzi: “It was a tough qualifying session today. I went wide in turn 11 in Q1 and the car didn’t feel right afterwards, so we will need to check if something happened. The midfield is very tight, details can make all the difference and today we fell a bit short.

“We are not where we’d like to be on the grid, especially with the grid penalty we received, but we have plenty of data to look into ahead of the race. It’s hard to tell where we stand when it comes to race pace, but I hope we can be competitive tomorrow.”

*Antonio is expected to start in P17 due to a three-place grid penalty for impeding Lance Stroll.