Mercedes: The car seems to be working fairly well 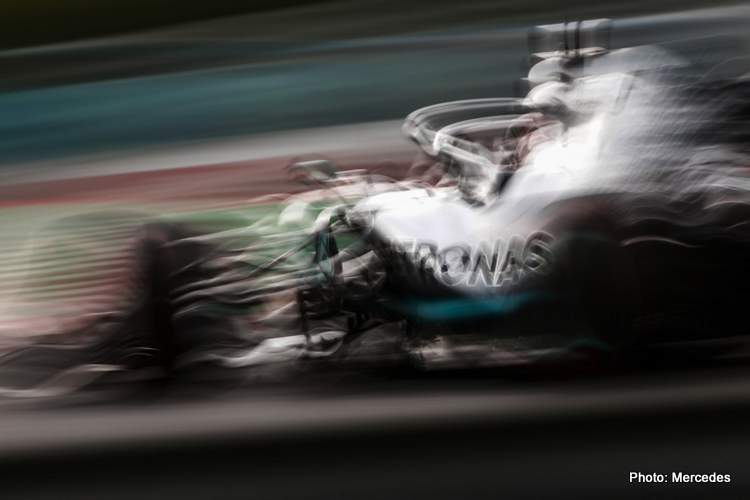 Mercedes report from day one of free practice for the Hungarian Grand Prix, Round 12 of the 2019 Formula 1 World Championship, at Hungaroring near Budapest.

Lewis Hamilton: “FP1 was a good session. I wanted to come back into the weekend feeling better and getting straight on it. The car the balance was quite nice straight from the get-go. We made some changes in between the sessions, but unfortunately we didn’t really get to test it.

“This afternoon I only got a few laps on the Hard tyre, then we stopped because running in the wet is kind of irrelevant when you know that the race is most likely going to be dry. The weather was tricky; from the pit lane and on camera it looks like it’s just spitting, but when you’re driving through it, it’s raining a lot everywhere. The surface is quite dark as well, so you can’t really spot if it’s dry or damp.”

Valtteri Bottas: “During my first timed lap in FP1 I had an issue with the engine where I lost power. The engine went into a safety mode so I had to come back in. The team couldn’t find the issue immediately, so we decided to swap the Power Unit for FP2.

“We were hoping for more laps in the afternoon, but the weather conditions meant that I only got three proper timed laps in in the dry and a couple in the wet. But at least the car felt good on the few laps I drove it. I got a feel for the car balance and an idea of what we need to work on for tomorrow.

“In the wet, the car felt better than it did last weekend, with a nicer balance and more grip. I’m looking forward to properly starting my race weekend tomorrow.

Andrew Shovlin: “Valtteri had an engine electrical issue on the first run, we changed a few parts but failed to resolve it, so we decided to start fitting his spare power unit during the session. As a result, he had no meaningful running in the morning.

“Lewis, on the other hand, had a very good first session and was able to make the most of the dry windows. We managed to do the planned low and high fuel work and the car seems to be working fairly well. The second session was more heavily compromised by the weather. Valtteri’s PU issue had been resolved and he made good use of the relatively small dry window at the start of the session, getting a feel for the car on the Medium compound.

“Lewis was running the Hard tyre which wasn’t ideal in the cool and damp conditions but once up to temperature it was working well. We finished the session doing some laps on the Intermediate. It’s not easy to know where we stand in terms of performance owing to the limited running but we’ve done enough to understand where the balance weaknesses are, so we will try and get those sorted overnight.