McLaren: We got as much information as possible 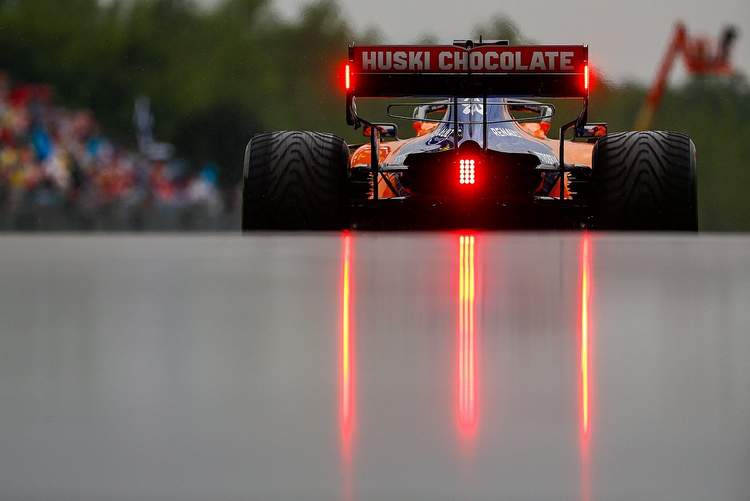 McLaren report from day one of free practice for the Hungarian Grand Prix, Round 12 of the 2019 Formula 1 World Championship, at Hungaroring near Budapest.

“A challenging Friday. We could say the most representative session was FP1 and we had to sit out half of it due to a water pressure issue on my engine. In FP2 the rain came and went, which allowed us to try the Inter tyre, even though we don’t expect wet sessions tomorrow or in the race. The runs with the Medium tyre were unfortunately not very representative either. We’ll work with what we’ve got and tomorrow we’ll see where we are.”

“Not the best of Fridays. FP1 wasn’t too bad but we had a hydraulic leak in FP2 which didn’t really allow me to do any laps. I didn’t really want to push when it was half-wet, half-dry. When it was raining we were on the slicks and I only got one lap in. Sometimes not getting much running is what happens. We’ll look at the data from both cars overnight. The weather tomorrow again looks a bit uncertain. Let’s see what happens.”

Andrea Stella, Performance Director: “Several issues disrupted our Friday. In addition to the rain, we also had some reliability problems. On Carlos’ side, in FP1, we had a water pressure issue that meant changing the power unit. It was a Friday PU, so it shouldn’t affect his weekend or subsequent races. With Lando, in FP2, we had a small hydraulic leak which cut short his session.

“Despite this, we got as much information as possible from the day. Lando completed a good programme in FP1, including a long run which will allow us to assess tyre performance for the race on Sunday. Carlos gathered good data on the Inter tyre in the afternoon. So, the information is there – we now need to analyse it overnight and get ready for what looks like will be another very tight qualifying session and race.”