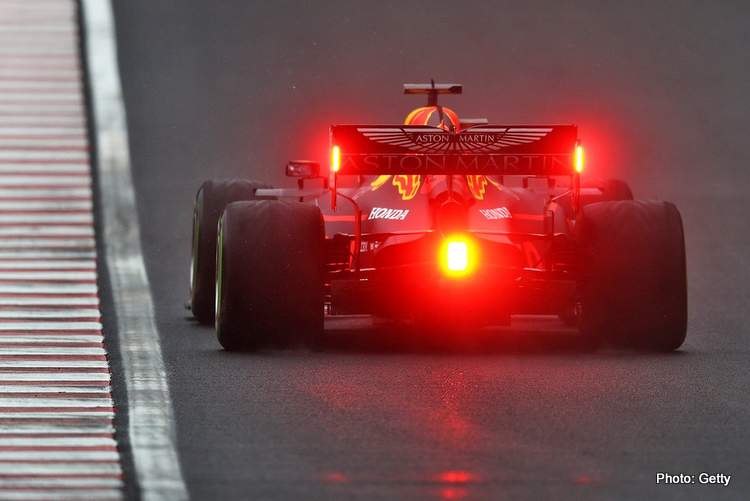 Making the most of his faster tyres and a timely run amidst the rain clouds, Red Bull’s Pierre Gasly managed to top the timesheets in a difficult second practice session on Friday at the Hungaroring.

Leading the way with a 1:17.854, the Frenchman was 0.055 seconds faster than Max Verstappen, albeit on soft tyres to his teammate’s mediums.

The Mercedes of Lewis Hamilton was third, impressively only 0.141 seconds behind the leader despite setting his time on hards. Valtteri Bottas was fourth, his medium-shod Silver Arrow a further 0.189 seconds behind his teammate.

Behind the four fastest, the conditions provided a particularly jumbled field. Neither Ferrari was able to set an indicative time, with Charles Leclerc seventh behind P5 Daniel Ricciardo and P6 Kimi Raikkonen, while Sebastian Vettel was back in thirteenth.

Rounding out the top ten was Nico Hulkenberg in eighth, with Antonio Giovinazzi and Daniil Kvyat ninth and tenth respectively.

A session interfered with by both the weather and a big shunt for Alexander Albon, it was hard for most drivers to set a truly indicative time, with Gasly one of the few to time his run perfectly.

Indeed, there was only twenty minutes of dry running before the rain set in, with any further meaningful running stymied by the drizzle.

It wasn’t until the session had just over twenty minutes to go that several cars emerged from the garage on intermediates. Verstappen’s 1:32.659 was the best anyone could manage.

In any case, the session wasn’t totally devoid of excitement, courtesy of the aforementioned incident involving Albon. Just three minutes into the session, the Thai clipped the grass on approach to the final corner, sending his Toro Rosso spinning into the barriers and red-flagging the session.

Besides the obvious damage for Albon, it was also a particularly costly incident for Bottas, the Finn unable to make up for much of the running he lost in FP1 with an engine issue. 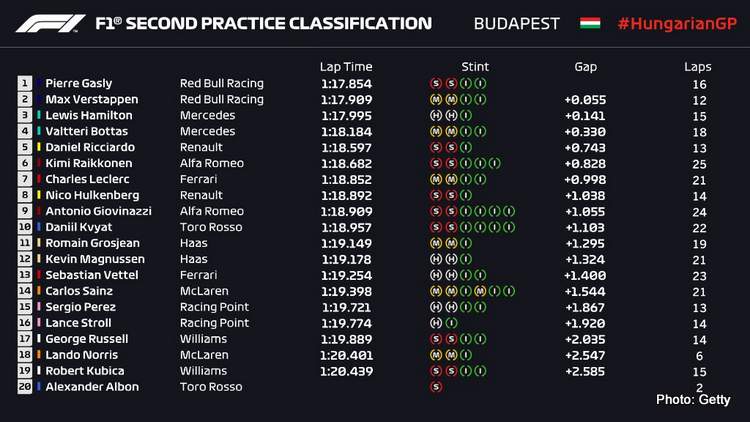