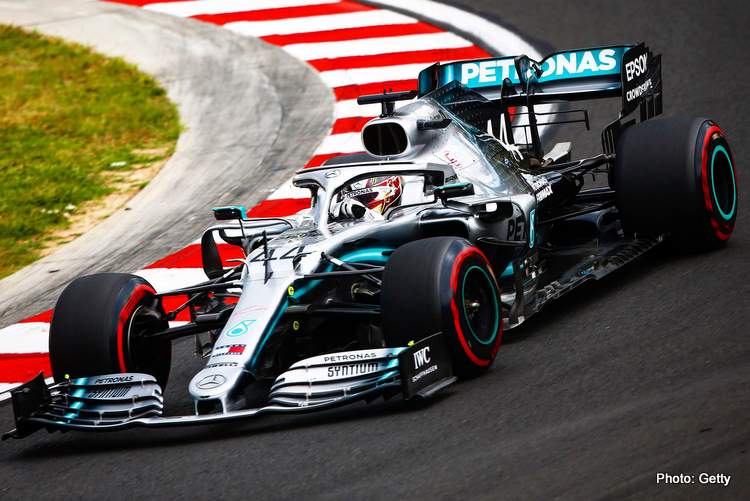 Lewis Hamilton set the pace during the first qualifying session of the Hungarian Grand Prix weekend, Round 12 of the 2019 Formula 1 World Championship, at Hungaroring near Budapest.

The Mercedes driver and championship leader’s best lap of 1:17.233, set using Pirelli medium tyre to set the benchmark, but it was bad luck for Valtteri Bottas whose car suffered a misfire early in the 90-minute session and as a result spent the session in the garage, stripped to bare bones, as the team sorted out the problem.

Notably, Hamilton was the only driver to do his best time on the mediums.

Red Bull driver Max Verstappen was 0.165 of a second shy of the top time, although he did his best lap on the softest compound. The German Grand Prix winner complained over the radio about the sensitivity of the RB15 around the twisty track.

Sebastian Vettel was third fastest in the Ferrari, a mere one-thousandth shy of Verstappen. The German’s teammate Charles Leclerc was eight tenths further down, the youngster’s fast lap attempt was compromised and thus ended down in sixth on the timesheets.

Best of the Rest was Kevin Magnussen in the Haas, the Dane finding the elusive (and obviously dynamic) sweetspot that plagues their chassis. He was fifth, seven-tenths adrift of the top time.

Behind Leclerc, was Renault’s Nico Hulkenberg in seventh followed by the McLaren duo of Lando Norris and Carlos Sainz in eighth and ninth respectively. The Renault-powered trio separated by less than a tenth of a second on the timing screens.

Kimi Raikkonen was tenth fastest in the Alfa Romeo. 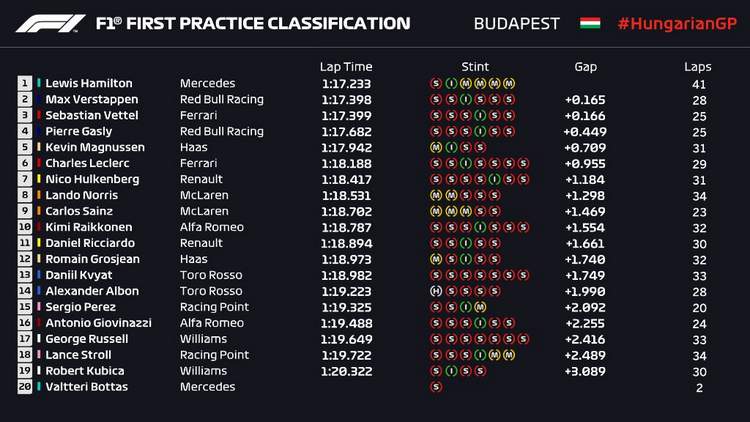