Hamilton: I have no problem if Verstappen joins Mercedes 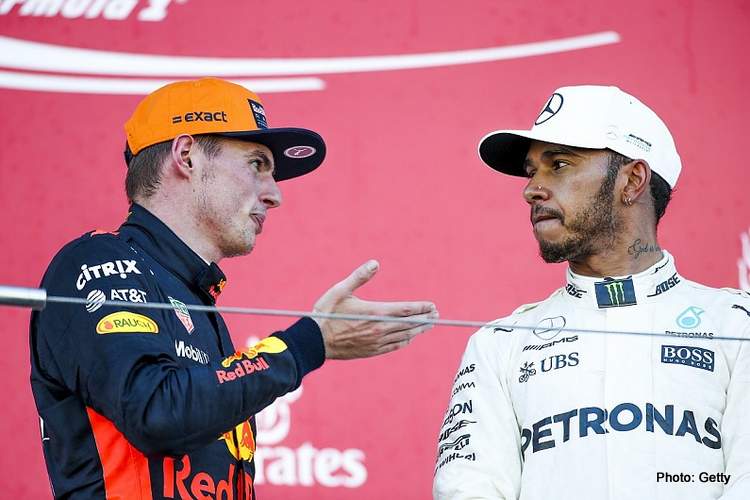 It would be a match-up for the ages: Lewis Hamilton versus Max Verstappen as teammates at Mercedes starting next year is blockbuster stuff we can only dream about and considering the circumstances of both drivers highly unlikely to happen.

Nevertheless, that has not stopped a strong lobby at Mercedes to consider the pairing for next year as the two drivers have emerged as the best of the current crop, very little between the precocious 21-year-old Dutchman and the British five-time F1 world champion.

A veritable showdown between the top gun of the new generation up against the boss of the old guard has imaginations running amok in the wake of a dramatic German Grand Prix. A Bottas-Verstappen team swap is the latest one floating through the paddock.

Verstappen won Sunday’s chaotic and rain-soaked race, showing great composure on a treacherously wet track. It was his second win in three races and the seventh of his career.

In contrast, Hamilton had a torrid race despite starting from pole. The Briton labelled his race weekend at Hockenheim “as the worst of his life” and finished out of the points until the Haas pair were demoted for a technical infringement.

Speaking to reporters in Budapest, Hamilton said of Verstappen and his Red Bull team, “He’s done a great job and clearly they have done a great job in quite a few races now. It’s great to see them progressing. We’ll be ready for the fight.”

Hamilton is 63 points ahead of Verstappen, who is third in the title race with 10 races remaining. A title shot seems too far off for Verstappen this season, given Hamilton is unlikely to have too many blips like Hockenheim, if any at all.

But an inter-team title fight at Mercedes, if Verstappen does replace Bottas next year, would be a mouthwatering one that F1 is desperate to see.

“Personally I would have no problem with it,” Hamilton said. “I don’t know how that dynamic would work for the team. I’m not saying it would or it would not.”

A rivalry with Verstappen would — hypothetically — also give Hamilton a chance to prove he’s the quicker driver rather than being in a faster and more reliable car.

“In some ways it works well for me … because people write stories (saying) we’ve got different cars (and) that’s the only way I’m quicker. So this gives me the opportunity to show that’s not the case,” explained Hamilton.

Big Question: What chance Max and Lewis become teammates at Mercedes next year?