Alfa Romeo: Not what we were hoping for 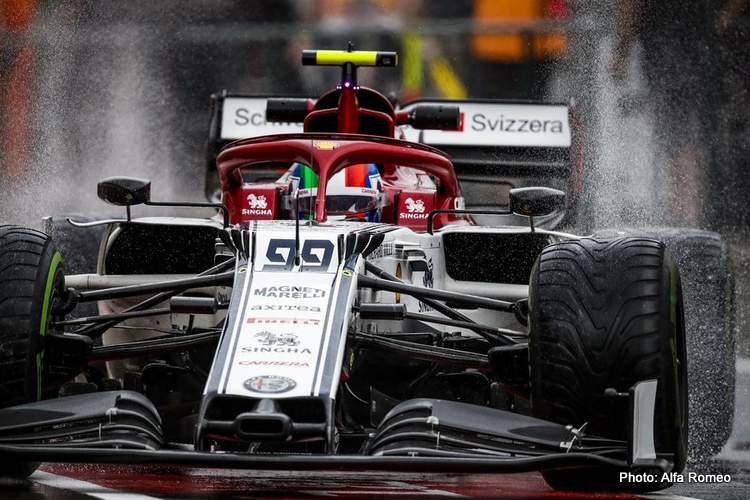 The Hungaroring is a little gem of a circuit. It sits in a natural basin, surrounded as it is by the lush Pest county hills, offering an undulating layout and great views of the whole track to the fans on the grandstands.

It produced some real classic in recent years. And, by virtue of geography and of its early August placement in the calendar, it tends to be a scorcher, one of the hottest races of the season. It is a common joke within the paddock that the temperatures are usually more suited for a visit to the water park next door, rather than for racing cars.

That hasn’t been the case today. A cool 25 degrees would have been a lot more pleasant for all those in attendance had it not been accompanied by light but very persistent rain, which produced somewhat inversely proportional amounts of laps completed (on track) and rain ponchos (on the grandstands).

Rain used to be a rarity here: the first wet Hungarian GP was back in 2006, a cool twenty years after the first race here in Mogyoród. Precipitation has become a bit more common lately – witness the wet and wild races of 2014 and 2011 and last year’s qualifying – but trenchcoat and wellies are still not the natural choice when packing for Budapest.

And yet, today’s sessions highlighted that the risk of rain for the remainder of the weekend is a real one. Should the heavens open up, and the steep inclines of the track become small riverbeds, we wouldn’t even need to make the short trip to the water park to enjoy some slippery slopes.

“That was not exactly what we were hoping for. We got just two laps in the dry done in the afternoon, so this session was pretty useless. But at least it’s the same for everyone.”

“It hasn’t been the most straightforward day, because of the weather conditions. I went out in FP1 but it started raining on my first run and I had to abort my lap. It was pretty much the same in the afternoon session: I managed only one run in the dry, but at least we were able to do some runs in the wet.

“In the end, it was a positive day to gather some data on wet weather, as it may rain tomorrow. Let’s see what we can achieve: our car seems to be working well in both the dry and the wet so we’ll just keep working hard to get a good result.”