Hamilton: I won’t allow Netflix to release me being sick 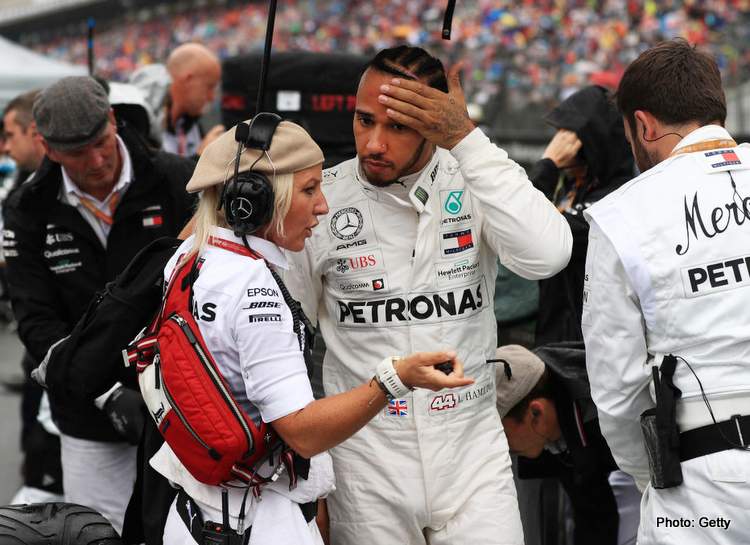 While Netflix trumpeted that they had full access from Ferrari and Mercedes to be part of the second season of “drive to Survive”, it appears that the much-vaunted exclusive behind the scenes footage will indeed be censored by none other than reigning Formula 1 World Champion Lewis Hamilton.

Karma would have it that Netflix had access to Mercedes during the disastrous (for them) German Grand Prix weekend, instead of showing the usual indomitable side of the team the cameras had raw video of them imploding big time, on home soil, in the race they sponsored, on the anniversary of their 200th grand prix amid Daimler’s celebrations of 125 years of motorsport.

Adding to the juicy ingredients is the fact that Hamilton, reported that he “never felt this sick and this has been the hardest race weekend of my life.”

But the Mercedes driver insists the footage of his poorly state will not be aired in the much anticipated next series, he told RaceFans: “I don’t think it was a distraction at all, I think they were really great.

“I probably won’t be in it much as I was sick the whole time and I won’t allow them to release me being sick probably so I won’t even be in it,” added Hamilton.

🗨️ @LewisHamilton on whether the @netflix cameras were a distraction during last weekend’s #GermanGP. #F1 pic.twitter.com/aWBQKTa86x

Mercedes boss Toto Wolff said after the epic German Grand Prix, “We have given the Netflix guys more content than on any other weekend. I believe that one of the core strengths of our team is the way we handle defeat. We accept responsibility for mistakes so we can learn and improve and we will come back stronger from this.”

Hamilton posted on Instagram today: “Sorry I’ve been MIA. I’m in much better shape coming into the weekend. I hope you are having a great week, Budapest is beautiful and the weather is great. Crunch time, let’s go!!!”

Big Question: Should Lewis or anyone for that matter control what Netflix can use for the series?