Alfa Romeo: Our objective will be to capitalise on our pace 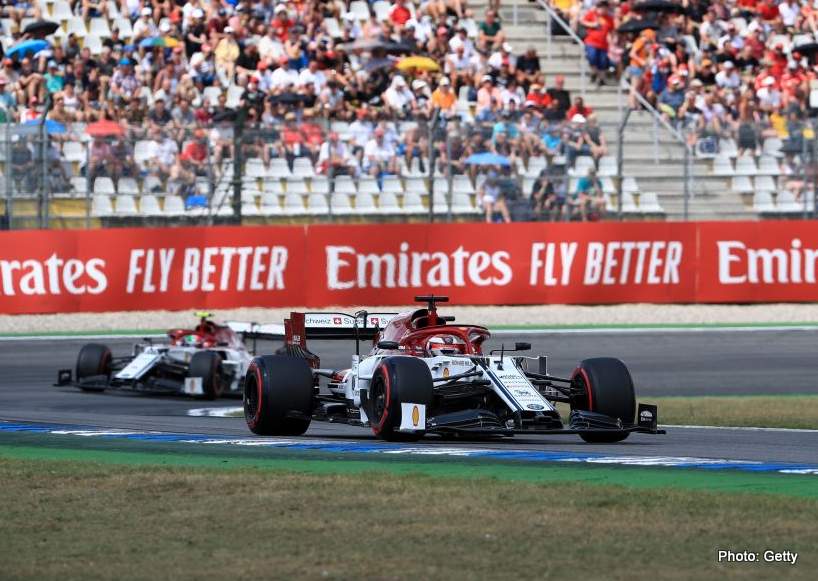 Ups and downs. High peaks and deep throughs. No, this is not a description of the Swiss landscape we can see from our HQ’s windows (close enough, though), but a fair assessment of our season as we approach the final race before the summer break.

Eleven races behind us, ten ahead. We’ve passed the halfway point of this 2019 season and, as the Formula One circus heads to Budapest, it is as good a moment as any to look back at the first part of our season and draw a balance.

The Team: we may be a little biased here, but it’s top marks all around here. 2019 saw us take on the season with a line-up mixing the experience of a World Champion (hello, Kimi) with the youthful enthusiasm of a driver tackling his first full F1 season (ciao, Antonio). The team entered the championship with a brand new identity, drawing on the heritage and magic of the Alfa Romeo marque and turning heads with yet another beautiful paint scheme. There were new appointments to strengthen the squad back at base, as well, and build on the strong foundations we laid in 2018.

The bad: we had a barren spell in the spring, those pointless races in Barcelona, Monaco and Canada where we didn’t get our car where we wanted. There were a few missed opportunities, like Baku, where perhaps we didn’t score as much as we should have. It all means we arrive in Budapest in ninth place in the championship, but we know we won’t be there for long.

The good: thankfully, a lot more in this category than in the previous one. We scored in seven out of 11 races, a pretty good hit rate but one on which we still want to improve. We had a solid, upward momentum from the start of the season, with our car becoming better and better as we went on and our drivers managing to extract the most out of it with each passing race.

Kimi showed all his class and Antonio, now fully accustomed to Formula One, continues to improve, both drivers being a regular presence in the point-scoring positions. As a team, we are increasingly at the sharp end of the midfield – and we plan to stay here.

The Big Picture: The last two and a half years have shown this team has the capacity to improve – quickly and decisively. From backmarkers in 2017, with an average qualifying laptime nearly 5% slower than the leaders, we are now right in the battle at the front of midfield, having reduced our gap to the frontrunners to less than 2%.

Our improvement is evident also when comparing the more successful 2018 season to the current one. This time last year, we had just 18 points to our name – a vast difference from where we stand now. 48 was our tally from the full season, a target that looks well within reach and that we will aim to surpass.

Sum it up for us, then: Lots of positives to build on, a few negatives to work on. The improvement journey never stops in Formula One, but we can look with confidence at the second part of the season.

The most tantalising part of this all? The best is yet to come – so stay tuned with us!

Frédéric Vasseur, Team Principal: “We can draw some positives from our performance in Hockenheim: we had our best qualifying in years, we raced strongly and we would have been well placed to be best of the rest in a slightly less eventful race. Our objective will be to capitalise on our pace in Hungary, score as many points as possible and make sure we take positive momentum into the summer break.”

Kimi Räikkönen: “After Hockenheim, Hungary is another track where we can be competitive. It will be another case of maximising what we have, if we want to stay ahead of the others in the midfield.”

Antonio Giovinazzi: “Let’s focus on the positives from Hockenheim. We were quick in Germany, we didn’t do driving mistakes in very challenging conditions and we could have been right behind the leaders. We need to focus on that and try to keep this level of performance in Budapest. The Hungaroring is a track I like and hopefully we can have a good result to finish the first part of the season.”