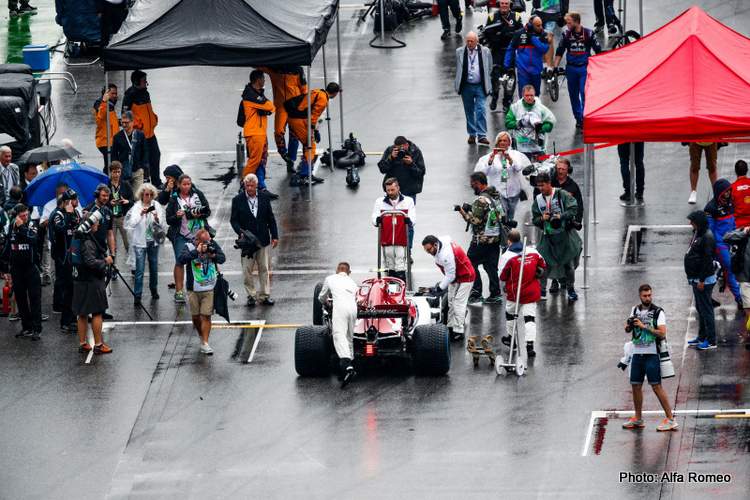 The penalties meant Raikkonen dropped from seventh to 12th and Giovinazzi from eighth to 13th while Mercedes’ five-times world champion Hamilton moved up to ninth with his lead stretched to 41 points.

If Alfa are successful, the Briton will lose the two points as well as his run of 23 successive scoring finishes.

Polish driver Robert Kubica, who was moved up to 10th, would also lose what is so far Williams’ only point of the season as well as the first of his F1 comeback. Kubica’s last point was in 2010 before he suffered a near-fatal rally crash.

Alfa Romeo, now ninth of 10 teams in the standings, had given notice on Sunday that they planned to appeal.

“The situation arose during the laps we spent behind the safety car ahead of the standing start,” team boss Frederic Vasseur said in a statement at the time.

“We suffered a dysfunction of the clutch that was beyond our control and we will further investigate the issue.

“We respect the FIA’s process and the stewards’ work, but… believe we have the grounds and evidence to have it overturned,” added the team chief.