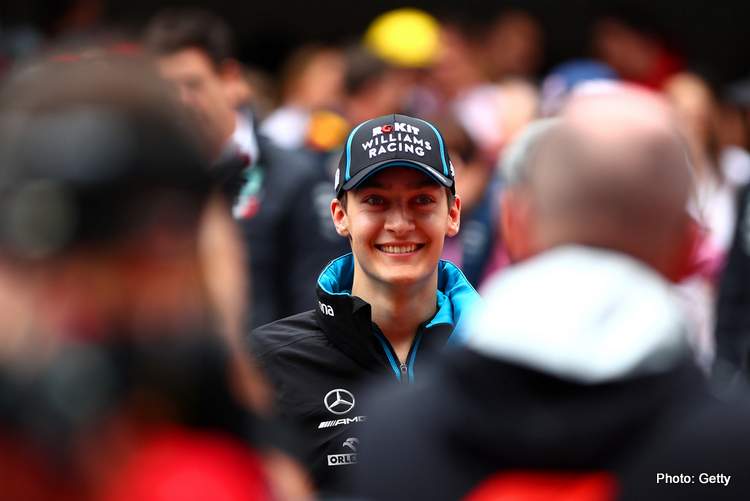 Williams is not going to let George Russell be poached by the Mercedes works team without a fight as the silly season hots up as the Formula 1 circus sets up tent in Budapest.

At Hockenheim, Toto Wolff suggested that Valtteri Bottas’ 2020 seat is not secure because of the promise of Mercedes’ juniors Russell and Esteban Ocon.

“We are very happy with their development. The aim is to make them ready for a seat in a Mercedes,” he said.

But Claire Williams, who has Russell at the struggling British team this year on loan from Mercedes, says Williams is not going to let the 21-year-old go.

“I told Toto that George is on a three-year contract with us, he is firmly in our plans for the future and is going nowhere,” she told the Daily Mail, and not the first time either.

Big Question: Is George all hype or the Real Deal?