Germany may lose Grand Prix despite race of the century 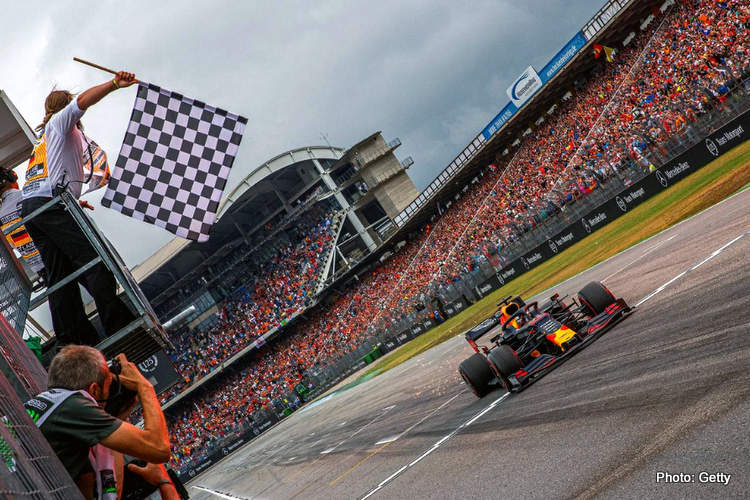 The German Grand Prix looks likely to drop off next year’s Formula 1 calendar, despite Hockenheim having served up a thriller – a candidate for Race of the Century – for the second straight year on Sunday.

The race, hosted at the historic venue which had a deal to host a Grand Prix every alternate year, was already out of contract after last season’s event.

A last-minute deal kept it on the 2019 calendar with Mercedes-Benz, parent company of the dominant Mercedes Formula One team, stepping in as title-sponsor but there has been no word on a fresh agreement.

“They are putting a lot of effort in, a lot of passion, and they’re very keen on staying, having the grand prix here,” said Ferrari’s Sebastian Vettel, who grew up down the road in Heppenheim.

“It’s a great show, I don’t think they make any money, I think they lost money last year and thanks to Mercedes they were able to have the grand prix again.

“The problem is Germany is not keen to pay anything,” added the four-times world champion, who got his first taste of Formula One action watching boyhood idol Michael Schumacher at the circuit.

“So you need people from outside, investors. The government is not happy to support,” said Vettel, who went from last to second on Sunday in a race won by Red Bull’s Max Verstappen.

Germany used to have two races on the calendar at the height of Schumacher’s success, which boosted the sport’s popularity to new levels in the seven-time champion’s homeland, with the Nuerburgring hosting the European Grand Prix.

Attendance figures have dropped since Schumacher retired, despite Vettel running away with four straight titles from 2010-13 and Mercedes embarking on a run of unchallenged dominance since.

Germany’s problem is that new venues are queuing up for a slot on the calendar, some willing to pay far bigger hosting fees.

Zandvoort will host a Dutch Grand Prix next year, back for the first time since 1985 to tap into local hero Verstappen’s popularity, while a contract has been signed for a street race in the Vietnamese capital Hanoi.

Mercedes boss Toto Wolff, whose team celebrated 125 years of motorsport involvement at the weekend, said the German marque was not in a position to sponsor the race every year.

“I think (commercial rights holders) Liberty Media has a great problem in having more demand than supply which is good and also good for the teams as fundamentally we share a large part of the prize fund,” he said.

“We will encourage them to look at the German Grand Prix but it is (Formula One chief executive) Chase (Carey’s) call to decide where we go.”

Big Question: Does F1 need a Grand Prix in Germany?