Perez: I apologise to my team because I made a mistake 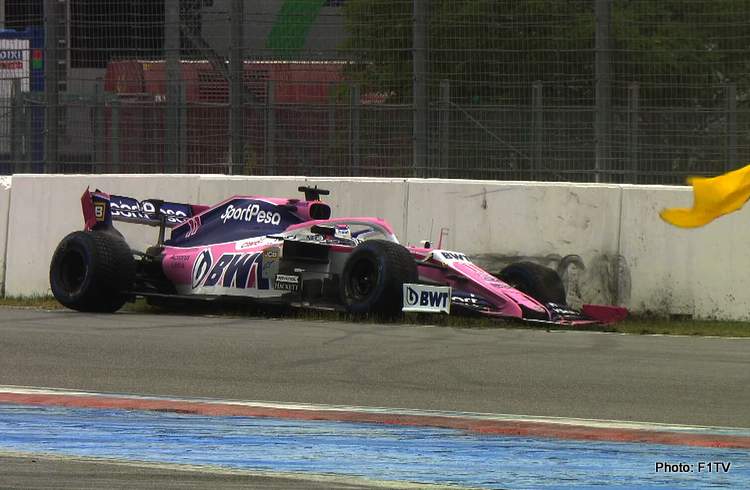 Veteran Racing Point driver Sergio was the first casualty of a crazy Sunday at Hockenheim when the rain-affected race delivered an incident-packed race that claimed some of the mightiest victims.

After two sighting laps the field gathered for the normal standing start procedure and on inters the race began, that there were no casualty in that frantic opening lap was the first surprise, the second followed a little later when Perez’s race ended early and in the wall.

It was a rare error by the Mexican who has tended, over the years, to shine in weta and tricky conditions but this time around Perez was the victim. His teammate Lance Stroll finished fourth.

Perez was quick to take the blame after the race, “First of all, I need to apologise to my team because I made a mistake. I’ve thrown away a great opportunity today to score big points for the team. The first rule in these conditions is not to make a mistake and I did.

“I was picking up the power and then had some aquaplaning on the rear. I lost it and just couldn’t recover from it. I put my hands up for it – I’m extremely disappointed with myself.

“Watching the race from the garage is always tough, but I’m happy that Lance had such a great race. We needed those points and it’s a boost for everyone. I think we’ve definitely taken a step forward this weekend. Now we look forward to Hungary where hopefully we can come back stronger,” added Perez.

Sergio Perez is out after colliding with the wall 💥