Morning After: A Familiar Story 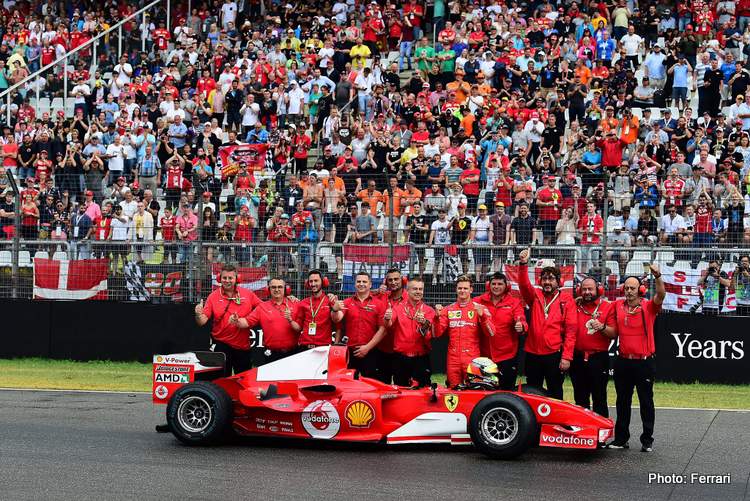 Their hopes up after a strong showing in final practice, Ferrari found themselves back in a pit of despair after a dismal Saturday qualifying in Hockenheim.

Whatever you thought after they dominated Friday, and again in FP3, whether Mercedes were sandbagging or not, we deserved to get a conclusive answer to their improved pace here in Hockenheim. Instead, we got got another epic mishap, and Lewis Hamilton was there to take full advantage.

At this point, really you just feel bad for them. The championship is long gone, and yet they still get these occasional glimmers of hope, only for them to be crushed in new and spectacular ways.

A faulty turbo it was for Sebastian Vettel, and a fuel leak for Charles Leclerc. If this was a joke by the motorsport gods, it would’ve been overused several races ago.

No, this is just torture, cruelty to a point where even their most ardent detractors have to take pity on them. Just one faultless weekend, is it really too much to ask?

On the other side, congrats to Lewis – he clearly wasn’t himself today, and that makes it even more impressive he was able to pull out three tenths on Max Verstappen and Valtteri Bottas. Assuming he’s well enough to race on Sunday, and with rain in the forecast (50% chance as of writing), it’ll take something truly remarkable to beat him.

Congrats to Max Verstappen, Red Bull, and particularly Honda for qualifying P2 on Saturday – the latter’s best result since 2006. Without a doubt, this is the biggest sign of progress for Honda yet, given the track’s power requirements.

A rough day for Lando Norris, who was knocked out in Q1 while teammate Carlos Sainz qualified P7. That said, it led to an interesting exchange between him and Andreas Seidl in the presser afterwards, as Norris shouldered all of the blame only for Seidl to interject that he’d had a problem with his energy store – I think that really shows the sort of humble dude he is.

So Romain Grosjean scores a P6 in the Australia-spec Haas, while Kevin Magnussen could only manage P12 in the upgraded car. Yeah, that makes complete sense…

Also for the nostalgic, but this was cool: