Mercedes: A disastrous result that hurts us to the core 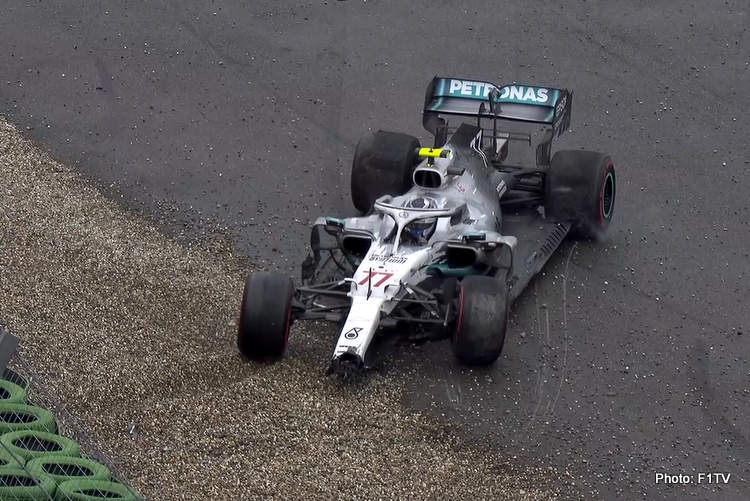 Mercedes report from the German Grand Prix, Round 11 of the 2019 Formula 1 World Championship, at Hockenheim.

Lewis Hamilton: “What a crazy race. This has been one of the most difficult races we’ve had as a team for a long time. I thought I had the race under control, but we took a risk going out on slicks and the race fell apart from there.

“I went wide at Turn 16 and it was like ice out there, then hit the wall and damaged my wing. I made a mistake and paid the price. I was in the lead and then finished P11. I’m not even sure how, but that’s very painful and I’m just glad it’s over.

“It’s hard to perform when you’re not at 100 per cent. I need to make sure I’m fit and healthy again in time for the next race. You live and you learn from days like this. It’s important now that we regroup for Hungary.

“I’m happy for Seb, who fought his way back to P2 from the back, and how good to see Daniil and Toro Rosso on the podium too – good for them.”

Valtteri Bottas: “That was a really tough race and I’m very disappointed. It was tricky out there: the track was very slippery and the conditions changed all the time. It was very easy to make a mistake and unfortunately I made a mistake in the end which lost us a lot of points.

“It’s a shame because today was a good opportunity for me to make up some points to Lewis and it was my own fault that I ended up not getting any points at all in the end. I had a good shot to get a podium and I was pushing hard to get past Stroll.

“I was quite close to the limit in Turn 1, then I suddenly lost the rear and just went off; I don’t think there was any time to catch the car. It’s very disappointing for the entire team, but we’ll give it everything to come back stronger in Hungary.”

Toto Wolff: “This one hurts us to the core: it was a disastrous result today. We had a decent start of the race with good pace. Then obviously you add incidents, crashing out, tricky conditions, the wrong calls and in the end you’re left with zero points after running 1-2 in the opening laps.

“Lewis’s incident happened right at the pit entry, so we were not prepared when he came in and made the wrong calls afterwards. Valtteri crashed like many other drivers today, which made a bad day even worse for us.

Andrew Shovlin: “A very frustrating day. We had opportunity to get both cars in really good points but failed to take them and that’s always painful. The weather wasn’t easy to deal with, the rain was coming and going and around midway we were in reasonable shape but got caught out on dry tyres when the rain got heavier.

“With Valtteri we went to mediums the lap after Max, which was ok but we should have reacted sooner when the safety car came out to take the opportunity to go to back to intermediate and that cost him the position.

“With Lewis our timing was about as bad as it could be, we’d stopped for softs just as the conditions were getting worse and then he slipped off the track the next lap in the same place as Charles went off. We were ready for Valtteri to come in, so when Lewis needed a nose change we just weren’t ready and lost a load of time.

“Despite all that, we were still 2nd and 3rd during the next safety car period but we were too cautious with the jump to dry tyres and lost position with both. On top of that, Lewis had the penalty to serve and should have done that earlier as we lost of a load of positions once everyone was bunched up.

“We then had both drivers spin at turn 1 in the damp, which pretty much finished our day. Really disappointing and sometimes these days help you improve so we are looking forward to getting back on the track next week in Budapest.”