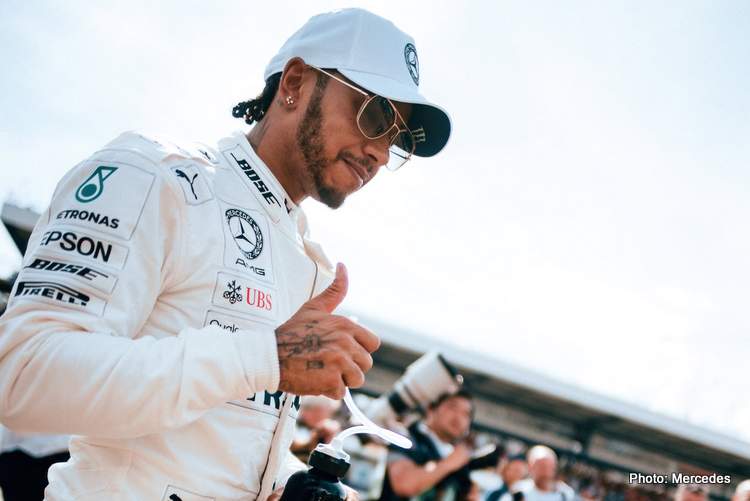 Lewis Hamilton went from poorly to pole at the German Grand Prix on Saturday, revealing afterwards that Mercedes had put French reserve Esteban Ocon on standby to replace him in case he felt too unwell to drive.

The Briton, on his way to a sixth Formula One title having won seven of the season’s 10 races, said he had been nursing a sore throat.

“I wasn’t feeling good this morning,” he told reporters immediately after qualifying. “A bit of a sore throat; we just prepped in case I wasn’t going to be able to do the session. I did the practice and we were prepared to be able to put the second driver in, worst-case scenario. I got through it good.”

Mercedes have Ocon, who lost his seat at Force India/Racing Point at the end of last season, as their stand-in.

Mercedes team boss Toto Wolff has said he expects Ocon to be back in a Formula One race seat next year and are evaluating all options to help that to happen.

Had Ocon stepped in for Hamilton in qualifying, the championship leader would also have been forced to sit out Sunday’s race.

Hamilton leads teammate Valtteri Bottas by 39 points in the overall standings so would have been sure to stay top regardless.

In the end, Hamilton eased to his fourth pole of the season and 87th overall after his Ferrari rivals ran into trouble.

Charles Leclerc and Sebastian Vettel had dominated practice but the former was sidelined by a fuel system problem in the top-10 shootout while Vettel failed to even set a time after an issue with his power unit’s turbocharger.

Hamilton’s pole put Mercedes at the front of the grid for the team’s 200th grand prix start as a constructor and makes him favourite to cap the team’s celebration of 125 years of motorsport with a home victory on Sunday.

The champion, who won from 14th in the rain last year, said forecast bad weather would be the biggest threat on Sunday and that he hoped for cool conditions.

“I think the real challenge is just making sure we do all our due diligence and make sure we operate at the level we’ve been operating at today,” he said.