Binotto: To be honest we expect more from Vettel 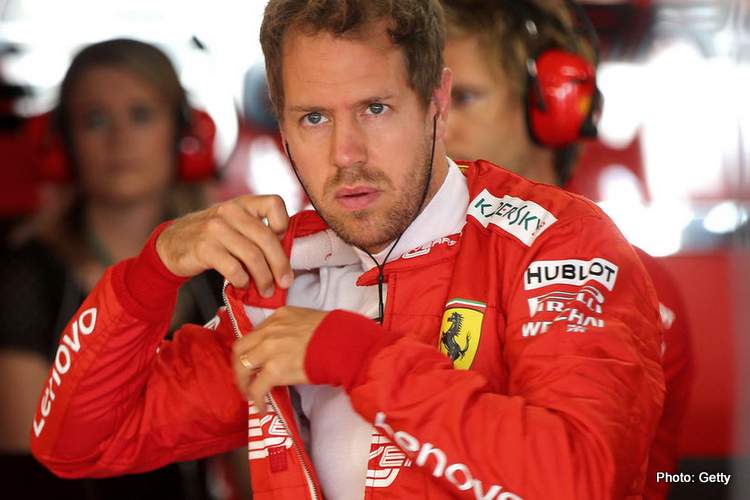 Team principal Mattia Binotto says those at Ferrari are expecting more from Sebastian Vettel as at the mid-point of the 2019 season, many believe the German driver is clearly in crisis.

While he admitted earlier in the week that he was lacking full confidence with the care, while others defend the driver by saying he has to drive over the limit to make up for the deficit of the SF90

The quadruple world champion disagrees with the term and told RTL, “Crisis would be if I had no idea how to do better, or if my speed wasn’t there. When things are going well and not going so well, I know myself best.”

Notably, drivers like Lewis Hamilton and Jenson Button are publicly supporting the 32-year-old, “I told you that I haven’t been reading much about myself, so unfortunately that means I don’t see the positive things either.”

Ralf Schumacher suggests Vettel is overdriving because the Ferrari is too slow compared to Mercedes, “Vettel is therefore taking significantly more risk in order to have any pace,” said the former F1 driver.

Ferrari team boss Binotto was also asked about Vettel’s current situation to which he replied, “Clearly he has made mistakes, as in Silverstone,” he said. “.

“What we have to do is be honest and say ‘We expect more from him’ and ‘maybe he has not been as good as he was in qualifying’ but he remains very relaxed and focused. He will find a way to improve things,”  the Ferrari chief added.

Ahead of the German Grand Prix, Vettel’s former teammate Daniel Ricciardo, who troubled the German when he was promoted to Red Bull in 2014, admits he does get a sense of deja vu, “I do see the similarities. A young guy comes to a strong team and tries to bring the fight to the older guy.

“You should probably ask Seb about this, but I do see the similarities with 2014. But he’s strong enough to handle it,” Ricciardo, now at Renault, adds.

He said he has been impressed with the way that ‘young guy’ Charles Leclerc has brought the fight to Vettel.

“Charles will keep gaining experience now and become even stronger. He has the talent, now it depends on him,” added Ricciardo.

Big Question: Has Mattia just fired a warning at Seb?