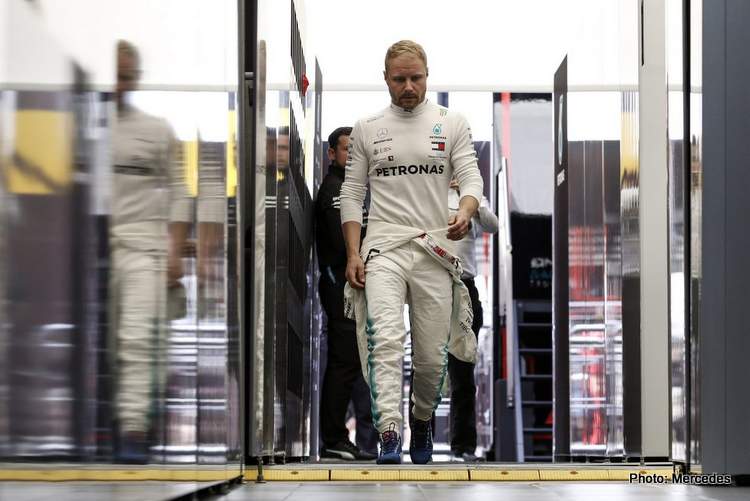 The Finnish driver, who became Lewis Hamilton’s teammate after Nico Rosberg won the 2016 title and announced his immediate retirement, is out of contract at the end of this season.

Last year, in a deal announced at the German Grand Prix in July, Mercedes handed him a one-season extension with a further option for 2020. Five-times world champion Hamilton already has a contract to the end of 2020.

“I guess it’s pretty unusual to announce drivers in July,” Wolff told reporters when reminded of the timing of last year’s announcement at Hockenheim.

“For us it’s not only about making the right decision for next year, but it’s also about looking ahead. And this is why we agreed that we will take the decision in August going forwards. That doesn’t necessarily mean we will announce it in August.”

Mercedes opted to stick with Bottas this year despite a lacklustre 2018 in which the Finn failed to win a race even as teammate Lewis Hamilton took 11 victories.

The 29-year-old has come back stronger this year, however, rewarding Mercedes’v faith with two wins and seven podiums from the 10 races so far — even if he is 39 points behind his teammate.

He has trailed Hamilton, who has won seven times this year, in the races but scored more pole positions than anyone, including the Briton who holds the all-time record for most career poles.

“He’s made that step,” Wolff said of Bottas’ improved form this season. “He’s really strong in qualifying, you can see that they are a match most of the races and at most of the qualifyings.

“From my point of view, the performances in qualifying are really strong. Having an almost balanced record against Lewis is something to be proud of and shows that he has made a step-up from last year. Racing, again, is a different exercise.

“I think this year’s theme is all about keeping the car and the tyres in the sweet spot. That means you maybe need to drive the car in a different way. He’s getting there. He’s getting better and better.

Bottas has also brought intra-team harmony to Mercedes after years of bitter rivalry between childhood friends Hamilton and Rosberg. While Wolff is enjoying the peace, he is also looking to place Mercedes-backed Ocon.

The 22-year-old former Force India/Racing Point driver found himself without a seat this season but Wolff has said several times that Mercedes are evaluating all options to help his return.

He said any decision on Mercedes’ drivers line-up would have to take not just 2020 into account but the following years as well.

“We’re very happy with the development of Esteban and equally George [Russell. They are our most senior junior drivers and the aim is to make them ready for a seat in a Mercedes. And as we all know, it was an unfortunate situation last year that Esteban fell between the chairs.”

“He could have chosen between two seats and in the end nothing came out so from our perspective everybody knows about his driving capabilities.

“For Mercedes, for ourselves, Valtteri is showing some very strong performances and merits the seat but equally Esteban has shown that in the past and is a great addition to the team. He contributes a lot behind closed doors.” explained Wolff.

Big Question: Why are Mercedes hesitant to confirm Valtteri sooner rather than later?