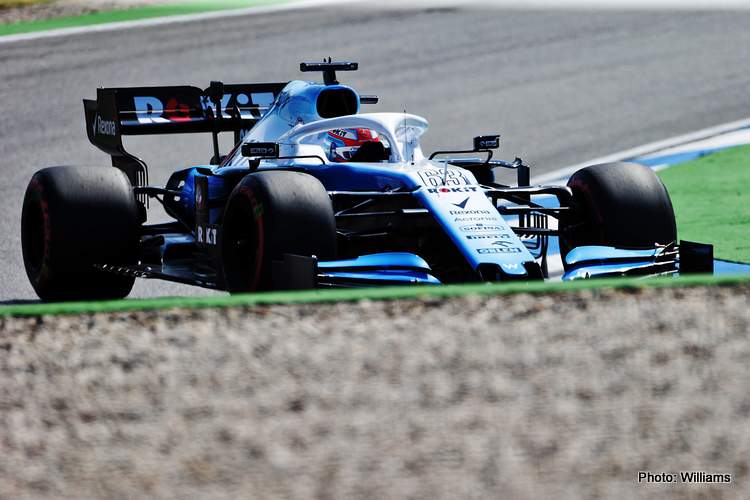 Williams report from day one of the German Grand Prix weekend, Round 11 of the 2019 Formula 1 World Championship, at Hockenheim.

Dave Robson, Senior Race Engineer: “Today was a very difficult day. Working in the extreme heat is difficult for everyone but it also adds to the confusion over the car behaviour.

“Conditions are very likely to be completely different tomorrow, and on Sunday, and so today was mainly about gathering data, doing our homework, and managing the car in the difficult conditions.

“We brought some new parts to test at this event and we were able to complete this testing between the two cars. We now have a lot of data to go through tonight to decide on the best specification to take in to the rest of the weekend.”

Robert Kubica: “Today wasn’t a straightforward day, we brought some new items to the car but were compromised in FP1. Although we have a new package, we were influenced too much by some issues which we can hopefully fix and tomorrow will be a better day.

“The forecast is for rain tomorrow which might spice things up and shuffle the pack. It will be my first time racing in wet conditions for a long time but let’s wait and see what the weather brings.”

George Russell: “Today was very hot! It was quite unrepresentative for the weekend, which I think was the same for everyone up and down the grid. We’ve learnt some things and got a lot of evaluating to do of the parts we tested today, some of which were only on Robert’s car and may also be on my car tomorrow.

“We’re definitely looking forward to putting a bit more performance on the car but today it’s really difficult to know what the improvements were, as it was difficult to get a clear back to back comparison. The first signs seem relatively as expected.”