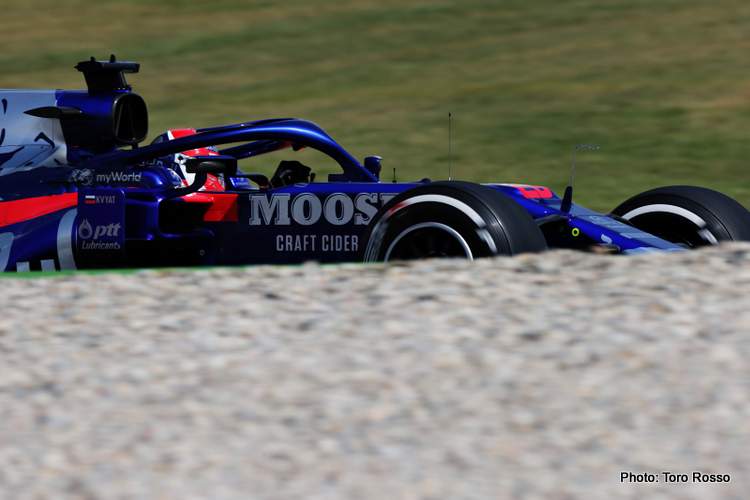 Toro Rosso report from day one of the German Grand Prix weekend, Round 11 of the 2019 Formula 1 World Championship, at Hockenheim.

“It was warm today! The conditions were quite extreme in terms of the heat, so we will see what we can learn and, hopefully, make a step forward tomorrow. We have a lot to understand and analyse tonight, there’s definitely room for improvement so we’ll do our best to come back with a stronger car ahead of Qualifying.

“It will be interesting to see what the weather conditions are going to be like tomorrow because the forecast looks very different compared to today, so we will have to adapt quite quickly to it. It was tricky for everyone because these kinds of conditions are rare.

“We have always been close to the top 10 this year, sometimes outside sometimes inside, so it’s the same this weekend, we just need to understand what we need to go quicker.”

“I think it wasn’t a bad day today, but there is still a bit of work to do. We’ve brought some upgrades here, so we just need to understand them a bit better. There are things which we can improve on to help get us into the top ten, such as the balance, so we will see how to best optimise the car for Qualifying.

“However, it seems the weather will be different tomorrow. It was very hot today, probably one of the hottest I’ve had driving a car, it felt like there was a hairdryer in my face!”

Jonathan Eddolls, Chief Race Engineer: “The temperatures so far this week have been extreme, even by Hockenheim standards. The temperature, combined with the low working range C4 tyre compound, made for a tricky Friday as it was almost impossible to keep the tyres within their working range.

“We had the joint-most aggressive number of them, so three of our four new tyres for Friday were on this compound, mainly to give us as many opportunities as possible to practice for Qualifying. We came here with quite an extensive test plan on both the aero and the mechanical side.

“The aero tests were predominantly carried out on Alex’s car in FP1 leaving Daniil to learn about the balance of the car and how to maximise the performance from the tyres. Heading into FP2, both cars had similar programmes with two low fuel runs followed by high fuel long runs.

“The track changed quite a lot between FP1 and FP2 with even higher track temperatures and increased wind, which meant we were lacking overall grip and found it hard to get a consistent balance. Although the ambient temperatures were high, unlike in Austria which has lower ambient pressure, there was less of an impact on the cooling performance here, so from the PU side we were well within limits.

“The performance of the car today has not been where we expected it to be. In the hot conditions on the C4 compound, we felt we had learnt how to get the most from it, but there is clearly still work to do to optimise the overall grip and balance, particularly over a short Qualifying style run.

“We have gathered a lot of data from today and it will be a busy evening for the engineers to piece together all of the findings and improve the performance for the rest of the weekend.

“However, we need to bear in mind that the weather forecast for tomorrow and Sunday is looking very different, with much lower ambient and track temperatures and even a chance of thunderstorms, so we will need to adapt our learning from today and feed that into our setup choice for FP3 onwards.”