McLaren: Difficult for everyone to understand the track 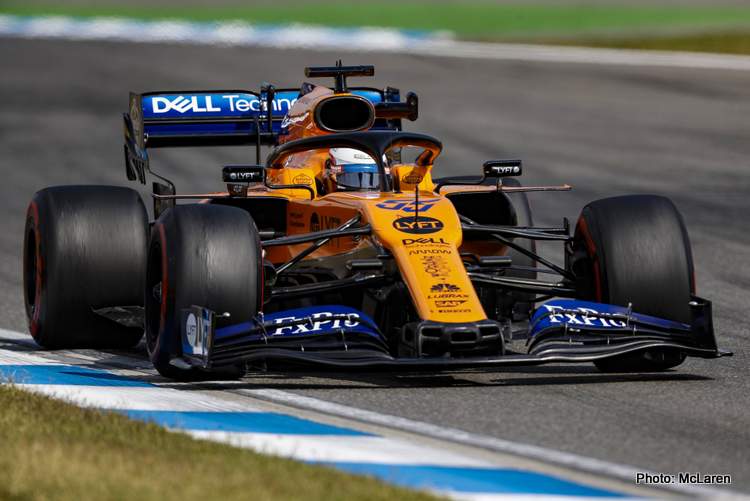 McLaren report from day one of the German Grand Prix weekend, Round 11 of the 2019 Formula 1 World Championship, at Hockenheim.

“I think the hot conditions offered a very challenging Friday to pretty much every team. For us, it was a matter of evaluating new set-up directions, which we did across FP1 and FP2. FP1 looked competitive; FP2 a bit less, so we need to analyse why.

“Our rivals look like they’ve made a good step forward, so it’ll be interesting come qualifying to see where we are exactly this weekend. The weather conditions also seem to change a lot for tomorrow and Sunday, so that might bring good opportunities. We’ll be ready for that.”

“A tricky day. FP1 wasn’t too bad; we got to do everything we needed to. We suffered a bit with the car, a couple of problems here and there but nothing major. In FP2 we tended to struggle a bit more, probably because of the temperature. It didn’t seem to suit the car as much. It felt like we improved in some areas but there were other areas where it was worse. We’ll go through everything overnight.

“FP2 was a bit on the messy side with the red flag, and also we had to turn off the car because we were stuck at the end of the pit-lane behind a Renault – so just not as clean as FP1. Plenty of things to improve on tomorrow, but the team will analyse the data and I’m confident we’ll be in the mix.”

James Key, Technical Director: “Sweltering temperatures today so tricky conditions. I think it was difficult for everyone to understand the track, the car and the tyres in such low-density air and a very high track temperature. We brought just a few test items today but we had a lot of experimental work to do, so there are several different directions and measurements that we looked at throughout the day, on both cars.

“I think this morning was fine and gave us some general directions to follow; this afternoon, with an even higher track temperature, was a little bit more tricky for us. And, although it is close with our competitors, I think there’s a little bit of work to do overnight to try to consolidate what we know.”