Marko: He Just Lost It 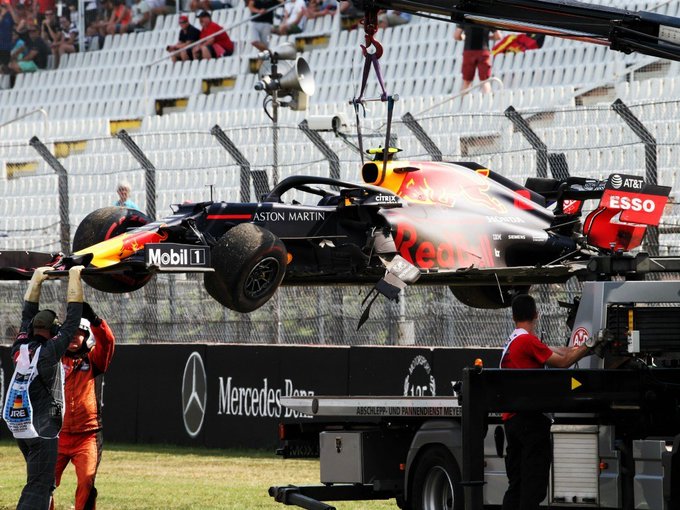 Pierre Gasly’s significant shunt in FP2 was down to driver error, according to Red Bull’s Helmut Marko.

Speaking to reporters shortly after the session finished, Marko asserted there was “no issue on the car” that caused Gasly to careen into the barriers at the final corner with just 15 minutes to go.

Asked about whether the crash might dent the Frenchman’s newfound confidence after a strong showing in Silverstone, Marko was hopeful it wouldn’t, but expressed a more pressing concern was the premium it had placed on resources.

“We are running out of parts now, that’s the problem.”

Recording 10 Gs on impact, the incident wiped out much of the left side of Gasly’s car. Fortunately his RB15 was not equipped with either its race engine or gearbox at the time, but it will still require a full rebuild of the suspension.

Sitting in 6th in the driver’s championship — three places and 81 points behind teammate Max Verstappen — Gasly has endured a rough start to his Red Bull career in 2019. Particularly with speculation rife he is in danger of being replaced before season’s end, today’s events certainly did him no favours.