Verstappen: We are further away than I would like 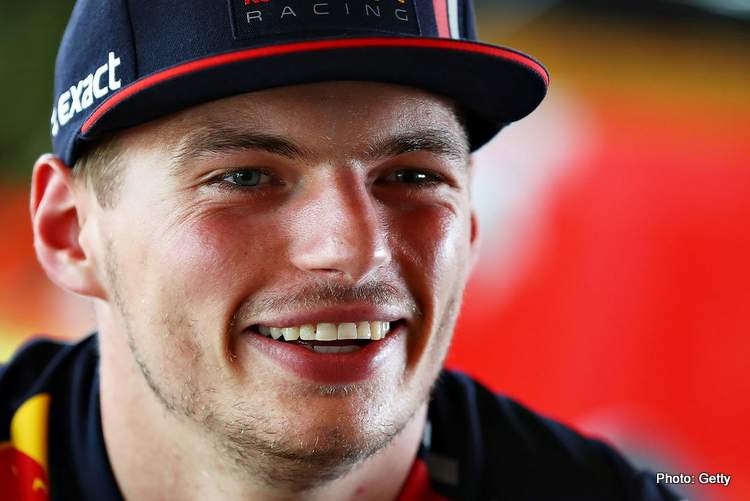 The in-form Max Verstappen said on Thursday he has set his sights on not only overhauling Ferrari, but also catching and beating Mercedes on a regular basis in the future.

Speaking to reporters ahead of this weekend’s German Grand Prix Red Bull’s Dutchman, who is third in the driver’s championships, said he wanted to close the gap on Mercedes and in Hungary next week before he headed off on holiday for the traditional European summer break.

“Closing the gap to Mercedes,” he responded to a question about his biggest target in the next two weeks. “We want to win so that’s our biggest challenge ahead – to try and close that gap.

“We are further away than I would like, but we are getting closer. It’s not good enough, but we know that so we’re working hard to try and close that.”

Verstappen is behind the two Mercedes men, with defending five-time champion Lewis Hamilton on top 31 points ahead of Valtteri Bottas.

The 21-year-old has been in fast and consistent form this year with a sequence of top-five finishes including one win, at the Austrian Grand Prix in sweltering conditions in June.

That win lifted spirits at Red Bull and across Formula One as it ended Mercedes unbeaten start to the year.

He was on course for another impressive podium finish at the British Grand Prix two weeks ago before Sebastian Vettel drove into him in his Ferrari, “At the end of the day, second is always better than third, but we’re here to win.

“Of course, we want to be in front of Ferrari, but we want even more to be in front of Mercedes. This year, at the moment, we are trying to get the most out of the engine as well and learn from what we did wrong in the beginning of the season, or not as good compared to Mercedes and Ferrari. Hopefully, next year, we can fight for the wins all the time.”

The much-matured Verstappen was also philosophical about the collision that cost him dearly at Silverstone and which was not of his making and said of Vettel, “He said that he made a mistake, to me, after the race.

“Of course, I’m disappointed not to have been on the podium, but what can I say? It happens. I made a mistake in China against him (in 2018) and he was quite calm about it at the time. It happens, unfortunately. It’s racing as well. You prefer it not to happen, but it happens.”

While Verstappen has shone this year, his Red Bull team-mate Pierre Gasly has struggled to understand the RB15 car until the last few weeks when an upgraded front wing has helped him turn around his fortunes.

The Frenchman finished fourth at Silverstone, his best result in F1 and with confidence restored will hope to do just as well again in the heat of Hockenheim this weekend.

Big Question: Is Max getting impatient?

Blue skies as the Bulls arrive for the #GermanGP 🇩🇪🤘 #F1 pic.twitter.com/dBvfIKSXGl