Hulkenberg: It’s quite likely that I will remain with Renault 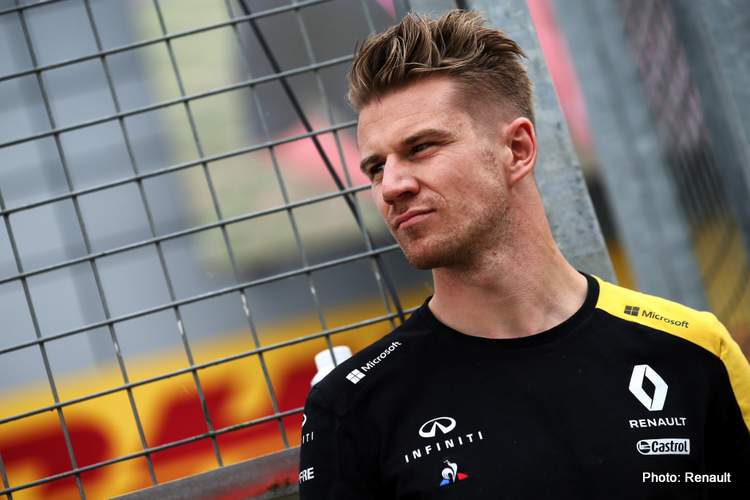 Nico Hulkenberg is ‘quite likely’ to stay at Renault next season, he said on Thursday – ahead of the German Grand Prix weekend – despite speculation linking others to the seat.

The 31-year-old, teammate to Daniel Ricciardo, is in his third season at Renault and out of contract at the end of 2019.

In nine and a half seasons in the sport, and 166 starts, the Le Mans 24 Hours winner has yet to stand on the podium — a Formula 1 record — with a best result of fourth.

“If you look across the three years, we can’t be entirely happy with everything that we’ve done,” told reporters ahead of Sunday’s German Grand Prix at Hockenheim.

“Nevertheless, the outlook is still good. We still see light at the end of the tunnel and we believe we can still catch up to some extent.

“We’ll see what happens in the future and what happens to me as well. As for now, there’s nothing set in stone but I think it’s quite likely that I will remain with the team.”

Young French driver Esteban Ocon, who is backed by Mercedes, has been linked to Renault and was set to join last year before Ricciardo decided to leave Red Bull and take the French manufacturer’s offer.

Renault are fifth in the championship going into the 11th race of the 21-round championship, 21 points behind McLaren, who use the same engines. Hulkenberg has scored 17 points to Ricciardo’s 22. The team were fourth overall in 2018.

Big Question: Does Nico deserve to remain in F1?

Hulkenberg: We need fixes rather sooner than later